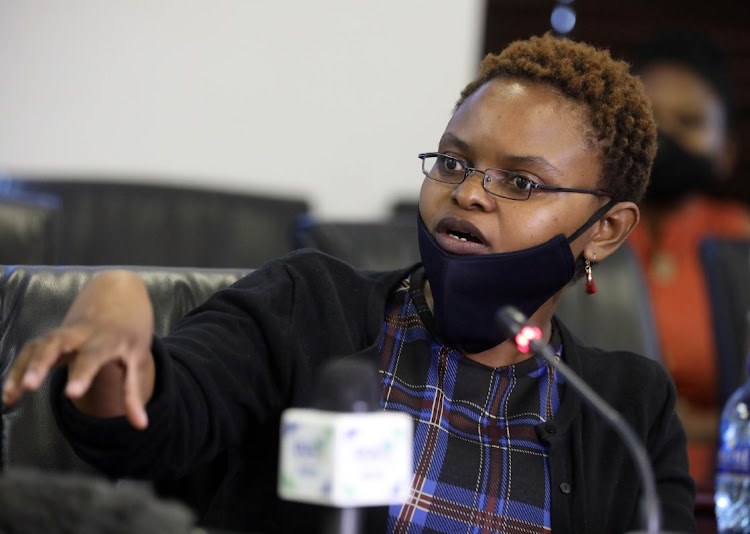 The CRL Rights Commission has heard more chilling insights into alleged abuses that took place at the KwaZulu-Natal-based KwaSizabantu Christian Mission at the hearing held in Johannesburg on Thursday.

The hearings, which began in Durban last week before moving to Johannesburg this week, are part of the commission's investigation into allegations of fraud, rape, assault and money laundering levelled against the church.

One of the alleged victims gave testimony about how her family was left broken after her brother died in the church under mysterious circumstances.

Nduduzo Mtungwa said after her older brother wrote a letter to a girl, he was a few days later found lying dead in a room in the church. He was beaten, allegedly by her uncle who like her parents were part of the church. However, her family believes that they were not told the whole story and that her uncle was used as a front.  "I would love for someone to investigate so we can get the truth about what really  happened," she said.

Mtungwa said her family never received a post-moterm, so they do not know what was the cause of death.

A former Kwasizabantu Mission resident who joined the church in KwaZulu-Natal while in prison for arson has offered chilling insight into alleged ...
News
1 year ago

Because they were indoctrinated in the church they followed the leaders and didn't ask questions. "My father felt like he sacrificed his son to the church," she said.

Mtungwa said that was just the start of her family falling apart.  Her second brother was kicked out of the church after he sneaked out of the church with his friends. After the church tried to rehabilitate him he ran away to Johannesburg where he was later shot dead in an unrelated incident. "If you are chased away from school or the church then your family can't accept you back," she said.

Mtungwa said what haunts her is that her brother died alone.  "He died in isolation with no family. He died knowing his family doesn't love him," she said.

She said her third brother also left the church and currently suffers from psychotic episodes that she believes were caused by abuse in the church. In tears, Mtungwa was unable to finish her testimony.

Barney Mabaso, who is a relative of Mtungwa,  testified that he also disowned his son for writing a letter to a girl. "The fact that he is here with me today is a miracle," he said.

His son Smanga  came to give emotional support to his father, and said he had forgiven him. "It was very easy for me to get over it because he believed in it. He wasn't doing this to please someone. When he realised that what he did was wrong he came and apologised," the son said.

More rules were also put in the spotlight such as black girls having to shave their heads and being tested for virginity even as young as nine.

An IT specialist who was hired to create the database that manages the infamous Kwasizabantu Mission Church said counsellors in the church formed "incestuous spiritual connections" with members of the church.

Louis Erasmus, who consulted between 2011 and 2018, said because many members worked for the church they would be compelled to confess their sins to their direct boss.  "If they believe that you have not confessed your sins then you could actually lose your job," said Erasmus.

He said some employees were also underpaid, with a stipend of R1,000.  "It's not a normal relationship between the employer and employee. Your boss knows your deepest secrets. They are now scared their darkest secrets will be made public," he said.

Erasmus said although he was treated very well, he witnessed people being kicked out of the church after being accused of not being "truthful" with their confessions.

Asked by the commission's chair how the counsellors knew that people have not made a truthful confession, he said: "They need to feel that you are open, then they think it's sufficient."

A woman who grew up at the mission said a leader in the church had written a derogatory word on her naked body when she was just a child.

Maritjie Bothman also claimed that she was molested and raped.

Bothman, who spoke of a life filled with abuse, said there were times when she would also be locked up in a closet for weeks  as punishment.

She also corroborated what other former members said about the corporal punishment in their school.

"I would come to school with my hair wet and the teacher would mop the floor with my head," said Bothman.

She eventually escaped with the help of a friend but ended up on the streets of Johannesburg where she was raped and assaulted often. She said she was eventually stabbed 16 times and gang-raped.

"The effect Kwasizabantu has had on  my life...I am a nobody and I have nothing. When I get something I lose it...you took away my life and you took away my education," she said.

Bothman said she does not want reparations but an apology from the church.

The commission will be giving the church an opportunity to reply to all  the allegations.

The first witness in the Gauteng leg of the CRL commission's probe into alleged abuse at the Kwasizabantu Mission in KwaZulu-Natal says he and his ...
News
1 year ago

The investigation into allegations of sexual assault at KwaSizabantu mission came to an unexpected halt on Wednesday after representatives of the ...
News
1 year ago
Next Article