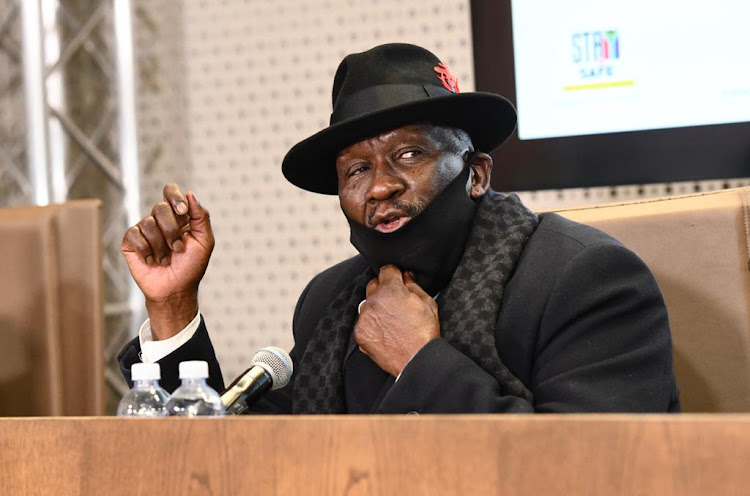 Police minister Bheki Cele will provide details on policing under level 1, and on a targeted plan to combat crimes against women.
Image: GCIS

Police minister Bheki Cele is set to provide details on a plan to combat gender-based violence and femicide in hotspot areas, as proposed by President Cyril Ramaphosa.

Cele will also on Tuesday afternoon brief the country on law enforcement during alert level one of the Covid-19 national lockdown, which SA moved to on Monday.

Ramaphosa, during an address to the nation earlier this month, announced a plan that identifies 30 hotspots for gender-based violence that will get special attention.

“We are determined to continue with our resolve to deal with the scourge of gender-based violence and femicide. Based on the latest data, we have identified 30 hotspots about the country where this problem is most rife. As we move to the next alert level, we are increasing and improving support services for survivors of gender-based violence, particularly in the identified hotspots,” Ramaphosa said.

This comes as Cele revealed that only 130 of the 4,058 people arrested for alleged GBV since the announcement of the lockdown in March have been convicted — which translates to a conviction rate of only 3%.

Spokesperson for the department of women, youth and persons with disabilities Shalen Gajadhar told SowetanLIVE sister publication TimesLIVE recently that the statistics informing the list of hotspots would not only come from the SAPS, but also from information and research provided by the departments of justice and of social development.

Only 130 of the 4,058 people arrested for alleged gender-based violence (GBV) since the announcement of the lockdown in March have been convicted.
News
1 year ago

The transition to democracy in SA has been characterised by an uphill battle towards equality. Inequalities shaped by race, gender and class politics ...
Opinion
1 year ago

Cele says the man who died in police cells in relation to Mtwalume killings was key in solving the case. More bodies are expected to be found.
News
1 year ago
Next Article