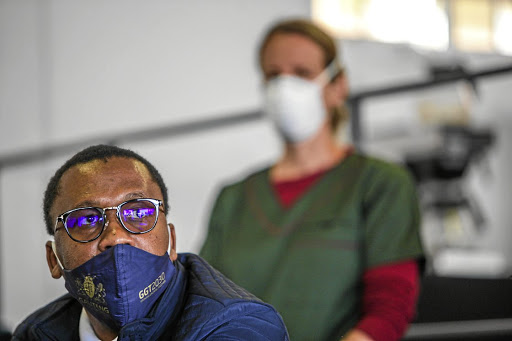 Embattled Gauteng Health MEC Bandile Masuku is confident that the investigations relating to Covid-19 procurement process in his department will clear his name.

The special investigating unit (SIU) is probing allegations of corruption and tender irregularities in the Gauteng provincial government.

Masuku is still on leave of absence after it emerged that King Madzikani II Thandisizwe Diko  won tenders worth R125m in his department.

Diko is the spouse of presidential spokesperson Khusela Diko who is close personal friends with Masuku's wife Loyiso.

Masuku confirmed that he appeared before the SIU and the ANC provincial integrity commission.

He said, in a lawyer’s letter dated August 24 2020, that he told the two bodies that he was not involved in the procurement processes in his department and that he did not “instruct any official to do so in his name”.

This relates to widely reported allegations that Masuku may have used his power to influence the awarding of tenders worth R125m to Diko. The two families are said to have a long history of close ties.

He took leave of absence last month to allow the investigations to take place and was replaced by Jacob Mamabolo who is currently acting as health MEC.

“Our client condemns the conduct of officials who may have used his name to award tenders in the Department and looks forward to the legal process currently under way by the SIU which will eventually clear his name,” the letter reads.

Both the SIU and the provincial integrity commission reports are expected to be released by end of August.

Masuku said that the media was also being unethical and continued wrongful reporting on this by failing to recognise that it was on his request that the investigation into the irregular awarding of tenders was initiated.

“Our client thus supports both the PIC and SIU processes and has made representations to the said forums, addressing the wide ranging and unfounded allegations and speculation which has been disseminated on various mainstream media and social media platforms, intentionally and wrongfully to broadcast untruthful, defamatory and untested allegations against our client,” the letter reads.

Masuku called on the media to “refrain” from publishing stories on these allegations that he said are “derogatory”, false and “devoid of truth”.

He said he reserved his rights to take legal action against individuals and media houses who continue to defame him through the “media and elsewhere”.

The Special Investigating Unit is probing 658 cases of possible corruption related to government procurement of Covid-19 personal protective ...
News
1 year ago
Next Article