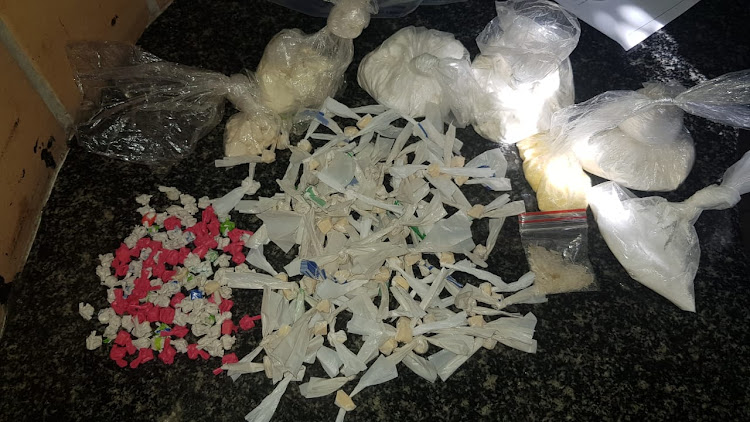 Durban police confiscated drugs with a street value of R126,000 from a flat on Friday.
Image: Supplied

A Durban man is expected to appear in court on Monday after police confiscated more than 200 pieces of rock cocaine and other drugs with an estimated street value of R126,000 from a flat on Friday.

Police spokesperson Capt Nqobile Gwala said the drugs were discovered during a raid at a flat located in Hillary, west of Durban.

Gwala said R1,500 in cash, suspected to be the proceeds of alleged drug sales, was also confiscated.

“A 35-year-old suspect was placed under arrest for dealing in and possession of drugs. The estimated street value of the recovered drugs is R126,000,” said Gwala

Religious ornaments stuffed with drugs seized at OR Tambo International

A consignment of drugs weighing more than 20kg, stashed inside religious ornaments, has been intercepted at OR Tambo International Airport in ...
News
1 year ago

Suspected gang member bust with drugs worth R700K in PE

Anti-Gang Unit members in Port Elizabeth in the Eastern Cape arrested a 47-year-old suspected gang member and confiscated drugs with an estimated ...
News
1 year ago
Next Article