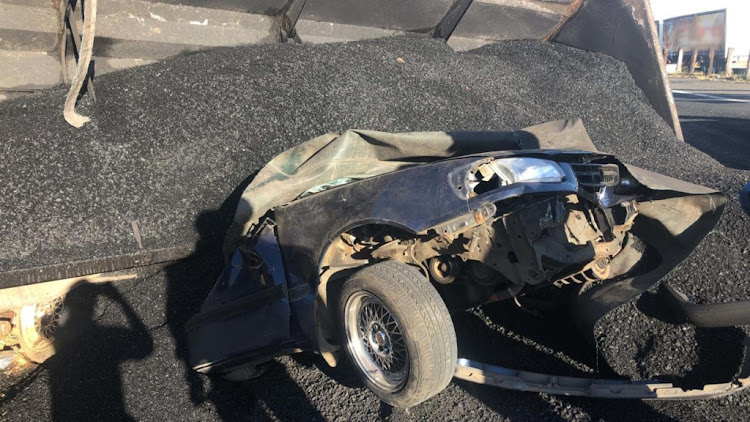 Just part of the crushed vehicle was visible after the truck loast its load.
Image: ER24

Three people had a miraculous escape after a truck lost its load and flattened their car on the N12 in Diepkloof on Thursday.

Rescuers spent more than an hour extracting the trapped trio — who emerged with minor to moderate injuries.

“When ER24 paramedics arrived at the scene shortly after 8am, they found only the front part of the vehicle sticking out from under the trailer,” said ER24 spokesperson Ineke van Huyssteen. 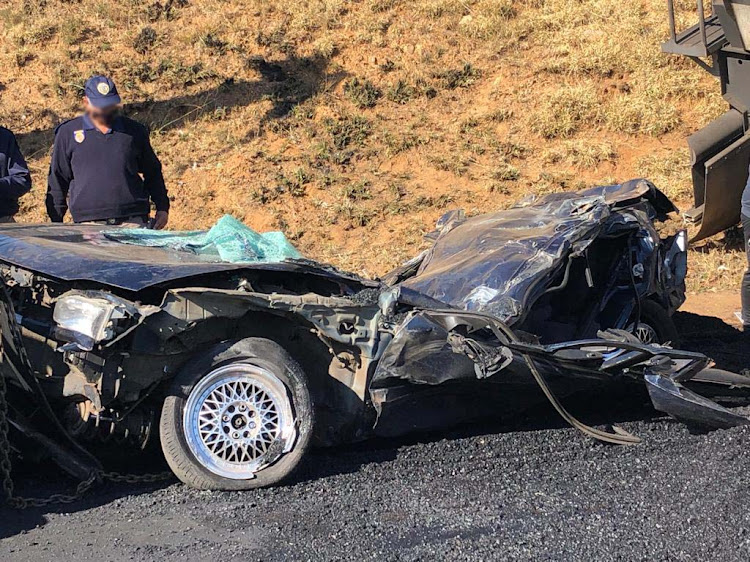 The remains of the squashed car. Three people inside survived.
Image: ER24

“It was found that three people were trapped in the vehicle.”

Paramedics and Johannesburg city firefighters started with an extrication operation. “Once the patients were freed, they were assessed and found to have sustained minor to moderate injuries.” 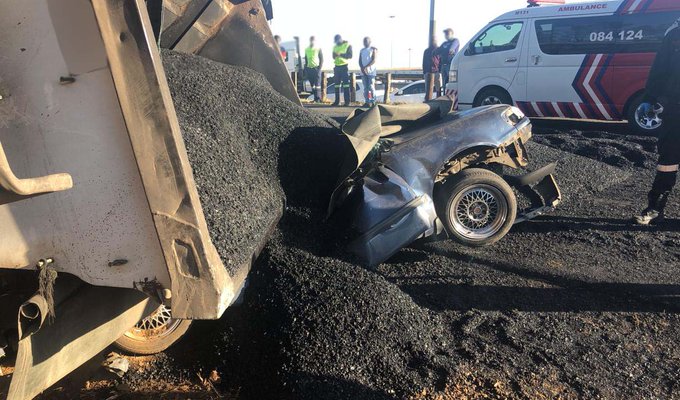 The occupants of the car sustained minor to moderate injuries.
Image: ER24

They were treated and transported to hospital for further treatment.

Authorities were on the scene to carry out investigations, said Van Huyssteen.

Thirteen private security workers were injured when the service vehicle they were travelling in overturned on a Durban highway on Tuesday.
News
1 year ago

Three men were shot dead at a taxi rank in Khayelitsha, Cape Town, on Monday.
News
1 year ago
Next Article