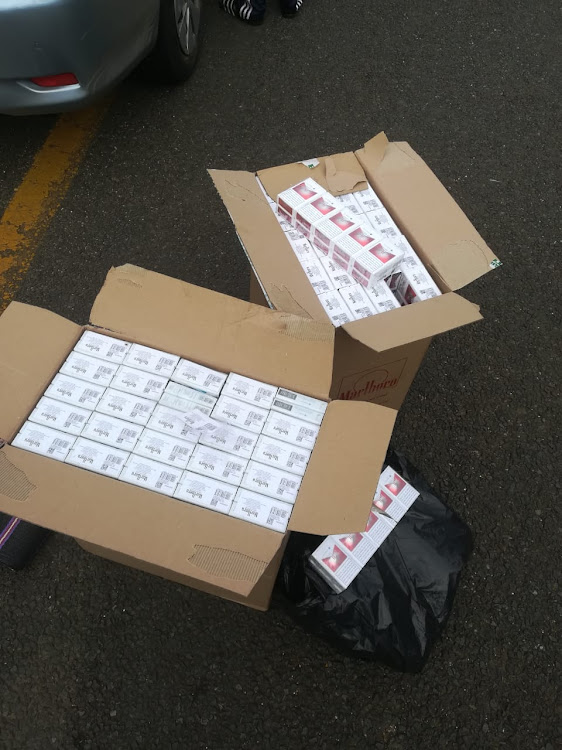 These are some of the illicit cigarettes that police seized during a roadblock near KwaMbonambi on Friday.
Image: SAPS

Police conducting a roadblock in KwaMbonambi in northern KwaZulu-Natal arrested nine suspects after finding them with prohibited items including cigarettes and dagga.

During the roadblock on the N12 on Friday, police stopped two minibus taxis and searched the occupants.

They arrested two men aged 26 and 41 for being in possession of illicit cigarettes. Police found both suspects with a number of cartons of counterfeit cigarettes.

Police also searched a bus and found two bags of dagga. A 30-year-old man was arrested for possession of dagga.

Three passenger vehicles were also pulled over and six men aged between 25 and 53 arrested after police found cartons of illicit cigarettes and alcohol in their vehicles.

The arrested suspects were all detained and will appear at the Empangeni magistrate's court on Monday.

Three arrested after being found in possession of an endangered pangolin

Three suspects were arrested after being found in possession of a pangolin in Rustenburg.
News
2 years ago
Next Article