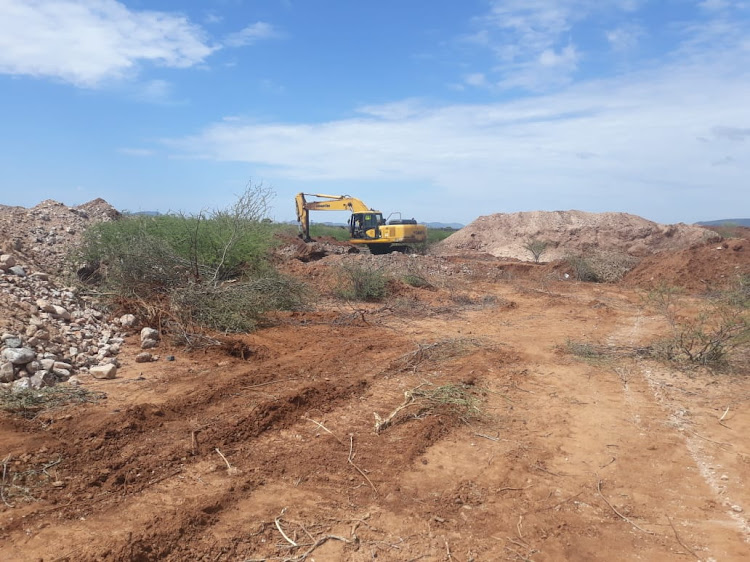 Police seized chrome stockpiles and an excavator worth more than R2m in a raid on an illegal mining operation in Limpopo on Friday. Stock photo.
Image: SAPS

Chrome stockpiles and an excavator worth more than R2m were seized in a raid on an illegal mining operation in Limpopo on Friday, the Hawks said.

“In response to the ongoing scourge of illegal mining in the province, the Hawks Serious Organised Crime Investigation accompanied by SAPS units and other entities, conducted a whole-day successful disruptive operation at Modikwa Mine in Burgersfort on Friday.

The operation was a sequel to similar intelligence-driven operations that were conducted at the beginning of the year in some parts of the province, Maluleke said.

In May, eight suspects were arrested for illegal mining at Hlaneki, Mavalani and Mapuve villages just outside Giyani and gold-bearing materials worth at least R1m were seized.

Six of the eight accused are out on bail while the other two from Mozambique are still in custody. They are expected to appear again in the Giyani magistrate’s court on Monday.

“More high intensity operations to address illegal mining activities in the province are still in the pipeline and no stone will be left unturned to arrest and convict those that are continuously perpetuating these illegal activities,” Maluleke said.

The Hawks national clean audit task team have conducted search and seizure operations at the homes of eThekwini municipal officials alleged to be ...
News
1 year ago

The six people accused of stealing R5.7m in a UIF fraud and money-laundering scam over Covid-19 relief payments were granted R5,000 bail each on ...
News
1 year ago
Next Article