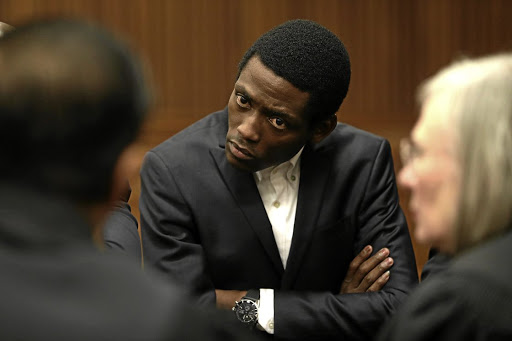 Taxi drivers in Mamelodi are thrilled that their association, which they allege is firmly controlled by jailed boss Vusi "Khekhe" Mathibela, has been put under administration.

Mamabolo told Sowetan yesterday that Groenewald will be assisted by a 10-member advisory committee made up of representatives from Mata, the South African National Taxi Council and the Federated Local and Long Distance Taxi Association (Felldta).

Several taxi drivers in Mamelodi said they hoped this marks the end of Mathibela's grip on their taxi association, which was chaired by pensioner Ntate Phora.

"This should be a new dawn for our association following many years of being controlled by one taxi boss, Vusi Khekhe," a taxi driver said.

The Gauteng government has gone to court in a bid to take over the running of a taxi association allegedly controlled by Vusi "Khekhe" Mathibela.
News
1 year ago

Another driver said every one in their association, including Phora, had been dancing to Mathibela's tune and allowed taxis belonging to the feared taxi boss to jump queues when loading passengers.

When approached for comment yesterday, Phora said: "As far as I know this matter is still in court. It has not been brought to my attention that a court decision has been made."

When Sowetan explained to him that the executive committee he led had already been dissolved, Phora said he couldn't comment.

Mamabolo said he was grateful the taxi industry didn't oppose his application.

"The role of the administrator is to prepare for proper elections and I'm happy we've managed to resolve this without resorting to closing a taxi rank or withdrawing operating permits," Mamabolo said.

The MEC intervened after taxi drivers had taken to the streets to stop the preferential treatment allegedly granted to about 50 taxis apparently belonging to Mathibela. A taxi allegedly belonging to him was torched in Mamelodi East during the three-week protest.

Mathibela's lawyer advocate Solomon Mkhabela said: "My client is aware about this matter, however there's no instruction about it from him.

"Even though his name was mentioned in court papers, he's not party to the court proceedings."

Taxi boss Vusi "Khekhe" Mathibela has won a court battle against the department of justice and correctional services to transfer him to the remand ...
News
1 year ago

Thousands of Mamelodi commuters are increasingly getting desperate for transport to work and back home amid a dispute which has seen taximen down ...
News
1 year ago
Next Article