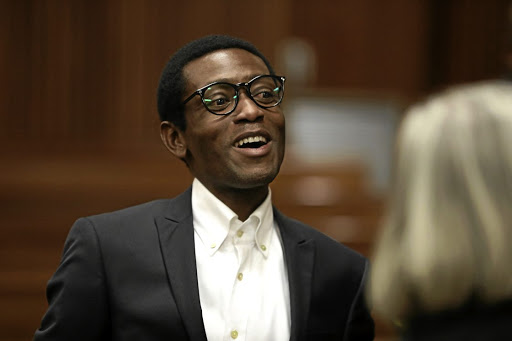 Businessman Vusi Mathibela has successfully applied to the Pretoria high court to have his remand detention changed from C-Max to the normal facility. / Thulani Mbele

Taxi boss Vusi "Khekhe" Mathibela has won a court battle against the department of justice and correctional services to transfer him to the remand detainees section of Kgosi Mampuru II Correctional Centre.

Mathibela was housed with convicted criminals in the C-Max section of the facility.

The high court in Pretoria on Monday ordered minister Ronald Lamola, and the national commissioner of correctional services, Arthur Fraser, to transfer Mathibela back to the remand section of the correctional facility in Pretoria.

In her draft order, Judge Selemang Mokose set aside the decision taken by Lamola and Fraser dated October 19 2019 to alter Mathibela's detention.

Mokose said: "The second, third and fourth respondents... [must] immediately transfer the applicant from C-Max detention cells to the local remand centre at the Kgosi Mampuru II Correctional Centre forthwith and that each party pay its costs for both this application and the urgent application brought on 26 May 2020."

The ruling came after the Mamelodi taxi operator argued that his human rights were violated as he was kept in custody along with convicts while he awaits trial.

Singabakho Nxumalo, the department of correctional services spokesperson, said the decision to house Mathibela in the C-Max section of the facility was based on his profile.

"At the time, his profile indicated that he was a high-risk individual. This is determined by the activities that led to him being detained and whether his elevated profile could work against him in the remand section of the facility.

"A decision to house the said remand detainee at the C-Max was taken following a mandatory security classification which gets conducted upon admission," Nxumalo said.

He said Mathibela could be ill-treated by other inmates because of who he was.

"Oftentimes such decisions are made to protect the inmate and not to punish him."

Nxumalo said the department received a copy of the court judgment and was currently studying it.

Mathibela was arrested last year on charges of extortion, assault and intimidation after he was accused of extorting money from Mamelodi's business community.

These charges were withdrawn last month after key witnesses failed to cooperate with authorities.

At the time of his arrest, Mathibela was out on R50,000 bail for the murder case of North West businessman Wandile Bozwana and the attempted murder of his business partner Mpho Baloyi.

Mathibela's bail in the Bozwana case was later withdrawn after he contravened his bail conditions.

His lawyer Adv Solomon Mkhabela said they were awaiting a decision to be made by the Supreme Court of Appeals to have his bail reinstated.

Last month, Mkhabeka said the extortion charges were made up and that his client had not extorted money from anyone.

Mathibela and his co-accused in the murder case - Sipho Hudla, Matamela Mutapa and Bonginkosi Khumalo - are expected back in the high court in Pretoria for the resumption of their trial from July 27 to August 7.

Thousands of Mamelodi commuters are increasingly getting desperate for transport to work and back home amid a dispute which has seen taximen down ...
News
1 year ago

Mamelodi’s feared taxi boss Vusi “Khekhe” Mathibela will have to wait until 2020 to hear his fate in the trial-within-a-trial in connection with the ...
News
2 years ago
Next Article