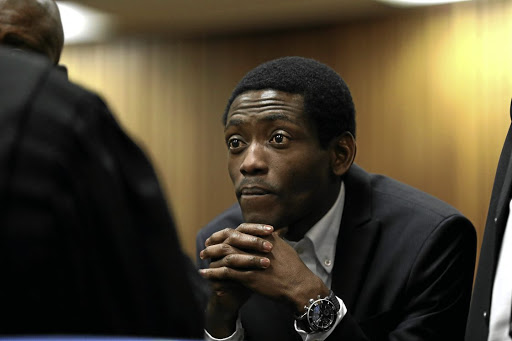 Feared Mamelodi taxi boss Vusi "Khekhe" Mathibela is in a bid to get his freedom after charges of extortion against him were withdrawn.

Mathibela, along with his two co-accused Elias Skhosana and Stemmer Monageng, had charges of extortion, intimidation and assault withdrawn against them in the Pretoria Regional Court on May 7.

This comes after a year-long battle following the trio's arrest for allegedly running an extortion ring in Mamelodi, east of Pretoria.

National Prosecuting Authority (NPA) spokesperson Phindi Mjonondwane told Sowetan that Mathibela, Skhosana and Monageng were let off the hook after witnesses in the case refused to co-operate with authorities.

"We can confirm that the case was withdrawn as the security company [witness in the case] filed an affidavit that they no longer wish to proceed with it and the main witness has not been co-operating," Mjonondwane said.

She said the NPA will not prefer charges against them for opting to withdraw their statements and for failing to co-operate with authorities.

Mathibela's lawyer advocate Solomon Mkhabela said they have sent an appeal to the Supreme Court of Appeal to have his bail reinstated in the 2016 murder case of North West businessman Wandile Bozwana.

At the time of his arrest for extortion, Mathibela was out on R50,000 bail for the murder of Bozwana and the attempted murder of his business associate Mpho Baloyi.

"We have submitted the appeal [to the Supreme Court of Appeal] and we are awaiting its outcome. My client has always maintained his innocence in the [extortion] matter because these were made-up charges. He did not interrogate or extort money from anyone," Mkhabela said.

Advocate Mpesi Makhanya, who represents Skhosana, said his client was relieved after hearing that charges against him were withdrawn.

"We do not know why charges were withdrawn but we are obviously happy with the outcome. The state approached us and said they are withdrawing them based on merits but they did not elaborate what those merits were."

A business owner in Mamelodi who asked not to be named because he fears for his life said Mathibela still wielded power in the township despite being behind bars.

"You need to understand that those people who withdrew charges against him work in this area [Mamelodi] and some of them live here. Vusi doesn't work alone, he has a squad of guys that are loyal to him and are willing to do his bidding.

"They had no choice but to withdraw charges because those guys were making it hard for them to operate and people are still scared of Vusi. Him being behind bars doesn't change anything," he said.

A taxi driver affiliated to the Mamelodi Taxi Association said operators were still paying an inflated protection fee of R200 even though the association had agreed to reduce it to R55.

"Nothing has changed. They listened to us when we complained last year but after three months, things changed. It's worse now because of the lockdown, we don't have that amount because we are not making a lot of money."

Taxi drivers previously alleged to Sowetan that the protection fee was funneled into Mathibela's bank account or those of his associates.

Mathibela, Sipho Hudla, Matamela Mutapa and Bonginkosi Khumalo are expected back in the North Gauteng High Court in Pretoria for their murder trial to resume on July 27 until August 7.

The court previously admitted into the record confession statements by Hudla, Mutapa and Khumalo after the trio challenged their admissibility and claimed they were assaulted and that led them to confess to the murder.