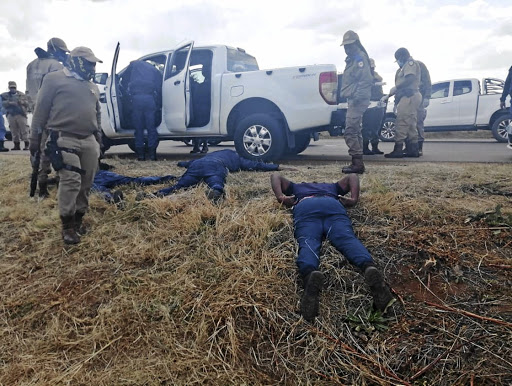 The Gauteng government has gone to court in a bid to take over the running of a taxi association allegedly controlled by Vusi "Khekhe" Mathibela.

In an unprecedented move, transport MEC Jacob Mamabolo has been granted an interim order to effectively dissolve the embattled Mamelodi Amalgamated Taxi Association's (Mata) executive and appoint an administrator to run it.

This follows several weeks of protests by taxi drivers over preferential treatment afforded the taxis owned by Mathibela at the taxi ranks, where they allegedly do not queue up to load passengers like all other taxis.

On Thursday, three alleged hitmen from KwaZulu-Natal armed with automatic rifles, including an R5, were arrested in Pretoria while on their way to Mamelodi, apparently to eliminate other taxi operators allegedly opposed to Mathibela, according to Gauteng traffic police.

Mamabolo was granted an interim order after convincing the court on Friday that Mata's executive headed by Ntate Phora be dissolved.

In court papers before the high court in Pretoria, Mamabolo argued that he was not seeking to "intervene in the affairs of a voluntary association willy-nilly", but this had now become a "matter of life and death".

Taxi boss Vusi "Khekhe" Mathibela has won a court battle against the department of justice and correctional services to transfer him to the remand ...
News
1 year ago

Mamabolo argued that lives of taxi operators and members of the association were continuously at risk due to ongoing conflict in areas under Mata.

"The members do not feel that their interests are being served by the executive committee.

"This has resulted in violent clashes between members and operators in the areas within Mata's jurisdiction," Mamabolo argued in court papers.

He also cited Mathibela's alleged role and involvement in the deadly taxi conflicts which have seen protests which have left thousands of commuters stranded and a taxi allegedly owned by Mathibela torched.

Mamabolo said, however, from last year, taxis belonging to Mathibela began disobeying rules which were followed by everyone, including queuing up to load passengers with the Mata executive failing to intervene.

When approached for comment yesterday, Phora said: "I cannot comment on the matter, I'm currently at the hospital and will respond when I've recovered."

Mathibela's lawyer advocate Solomon Mkhabela couldn't be reached for comment at the time of going to print.