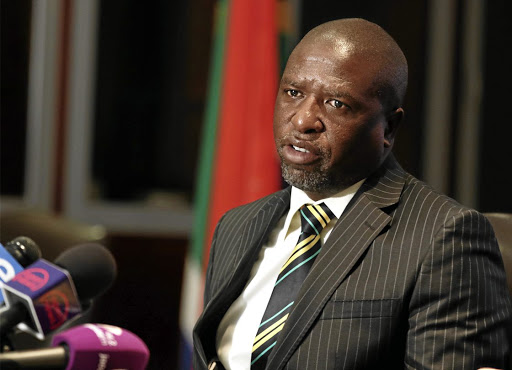 A top ANC official has come out guns blazing as he condemned the party's decision to reinstate two party heavyweights who were suspended following their mention in the VBS Mutual Bank scandal.

Soviet Lekganyane, secretary of ANC Limpopo, one of the party's biggest provinces, is furious that his provincial executive committee (PEC) wants the suspensions of treasurer Danny Msiza and deputy chairperson Florence Radzilani lifted even though they have not been cleared.

Pulling no punches, Lekganyane said he would rather be hated by his party comrades for speaking out than defend people accused of stealing from the poor.

"No human being is infallible, we will make mistakes but I can't make deliberate mistakes where when I must speak on behalf of the poor I decide to glorify one person to the exclusion of the poor," Lekganyane said in a Sowetan tell-all-interview yesterday.

"I'm not casting any allegations on these persons but there are serious allegations about this persons that they have benefited from what was supposed to be accruing to the poor.

"And then instead of standing with those that do not have a voice [we stand with the accused]."

Lekganyane is said to have strongly disagreed with his Limpopo comrades, both in the PEC and the national executive committee meeting over the weekend, who argued for the return of the pair to their positions, saying they had not been cleared of corruption allegations.

The ANC's national executive committee has reinstated two top Limpopo party officials who were implicated in the Great Bank Heist report on the ...
News
1 year ago

He is said to have been joined in his objections by other senior leaders including Aaron Motsoaledi, Joel Netshitenzhe, Pinky Kekana and Dikeledi Magadzi.

Sowetan understands that premier Stan Mathabatha and other PEC members are for the reinstatement of the duo.

Lekganyane is also said to have argued that lifting the suspensions of Msiza and Radzilani would further push people away from the party as it would appear it protect those who are accused of corruption.

The gloves came off in the meeting when the outspoken politician apparently raised a question of ethical leadership and told the party that he would "never agree" with the decision to lift Msiza and Radzilani's suspension.

His comrades, in the provincial leadership, said "Lekganyane had taken a decision to define himself outside the party position", a move they were unhappy with.

Lekganyane told Sowetan that he wanted to speak in an "unsophisticated" language for the people of Limpopo to know that he became their voice even behind closed doors.

He said that once a final decision on the pair - expected to be made by ANC top six officials today - was made he would abide by it but that he wanted it known that he spoke out against reinstatement of the pair.

"It's not about the gloves being off. It's about me deciding what is the kind of a person I want the people of Limpopo to know," Lekganyane said.

According to Lekganyane, it was worrisome how people in the ANC defended corruption, whether alleged or proven.

He said most leaders either remain quiet when they should be speaking out or they make "lukewarm" statements about dealing with corruption which was a resolution made at the party's 54th national conference in 2017.

He said the softened and unclear tone when speaking about corruption continues to tear the organisation apart.

"The problem that we have in the ANC today is that when you condemn corruption, some people get angry as if corruption is their middle name.

A former manager at the Merafong Municipality was arrested on Thursday in connection with R50m that was invested with VBS Mutual Bank.
News
1 year ago

Guilty or not, only courts can decide

Anyone familiar with EFF leader Julius Malema's methods would not have been surprised at his handling of yesterday's engagement with the media.
Opinion
1 year ago
Next Article