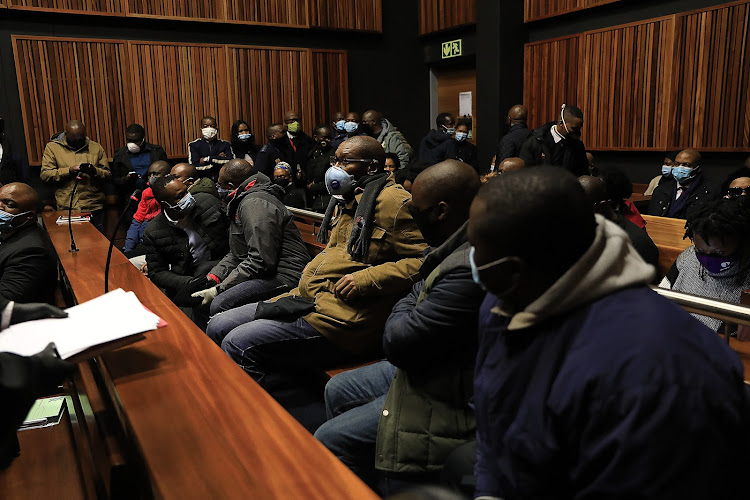 All seven arrested in connection with the collapse of VBS Mutual Bank have been able to pay the R100,000 bail set by the court.

The National Prosecuting Authority (NPA) confirmed that, as of the end of business on Friday, all seven of the accused had paid bail.

This was after only two — the bank’s CEO, Andile Ramavhunga, and board member and former CFO of the SA Police Service Phalaphala Ramikosi — were able to pay on Thursday after appearing in court.

The Palm Ridge regional court last week granted the group, which includes the bank’s top executives, bail of R100,000 each, despite some of the accused pleading poverty.

Others arrested were the bank’s former chair Tshifhiwa Matodzi; treasurer Phophi Mukhodobwane; the former KPMG audit partner, who signed off on the bank’s allegedly falsified financial statements Sipho Malaba; and two former representatives of the Public Investment Corporation (PIC) on the bank’s board, Paul Magula and Ernest Nesane.

VBS Mutual Bank CFO Paul Truter was not in court as he is in Covid-19 quarantine. He will be added to the indictment this week.

The matter has been postponed to October 8.

The group is facing a combined 47 counts, including for racketeering, theft, fraud, corruption and money laundering.

These are the first arrests in almost two years since the Hawks’ investigation into the matter started in August 2018.

VBS Mutual Bank collapsed amid allegations that its executives looted almost R2bn they were supposed to be looking after on behalf of municipalities, stokvels and elderly people in Limpopo.