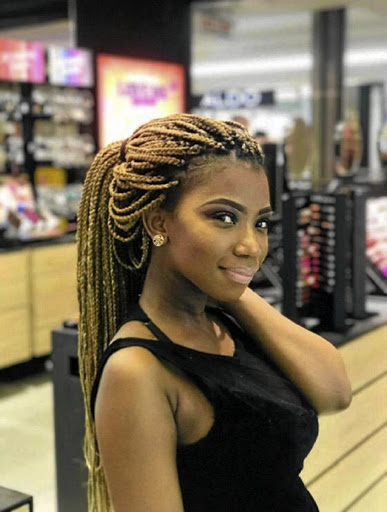 An eight-month pregnant woman who disappeared from home last week was found hanging from a tree yesterday with stab wounds.

Tshegofatso Pule's body was found hanging from a tree around Florida Lake in Roodepoort on the West Rand after she was last seen on Thursday night. Pule of Meadowlands, Soweto, left home, saying she was going to visit her boyfriend in Florida, but her family never heard from her after she left.

Gauteng police spokesperson Capt Kay Makhubele confirmed that a case of murder was being investigated and no arrests have been made. He said no one has been taken in for questioning at this stage.

Makhubele said Pule had stab wounds in the left breast.

"The deceased was found by a member of the community hanging from a tree, who then notified the police. The deceased is also confirmed to be pregnant. Suspects are unknown at the moment," said Makhubele.

"The matter was first opened as an inquest but it has been changed to murder."

Dozens of family members and friends gathered at Pule's home in Soweto following her gruesome murder.

Though the family said they could not speak to Sowetan, a relative said Pule was last seen entering a cab that was called for her by her boyfriend on Thursday night.

He said Pule called them that night, saying that she got into a fight with her boyfriend and was coming back home.

The police in Giyani have opened cases of murder and an inquest following an incident in which a 45-year-old woman was found killed on Tuesday ...
News
1 year ago

"She got into a fight with her boyfriend and demanded to leave. We tried calling her later that night but we couldn't get through to her. We called again from Friday until Sunday but her phone was off.

"We tried calling the boyfriend and couldn't reach him and that's when we decided to open a missing person's case at Meadowlands [police station] on Sunday," said the relative.

The family member said they also put out missing person's posters with Pule's pictures on them.

"Someone contacted us in the morning [yesterday] and told us he might have seen her. He showed us a picture of her and we knew it was her," he said.

He said they then went to the place where the caller directed them to in Florida and they found Pule's body.

"We cannot speculate about what led to her death, but we know things were not well with her boyfriend. His wife also knew about Tshego and she was always fighting with her," he said.

While outside Pule's home, a video of the 28-year-old mother hanging from a tree surfaced on social media and reached those in the vicinity.

Mourners broke down when they saw her lifeless body.

A neighbour, Karabo Makiri, said they were shocked by news of her murder. "She was such a lovely girl who always had a smile on her face. She was friendly but kept to herself," Makiri said.

Note: This story has been updated to reflect a correction of our earlier story, where the brother of the deceased told Sowetan that she was last seen after entering an Uber cab. This was not verified with e-hailing services company. We regret making the reference.

A KwaZulu-Natal mother and her two toddlers have been found dead in their Verulam home, north of Durban, in an apparent murder-suicide on Monday.
News
1 year ago

As the country entered level 3 of the coronavirus lockdown on Monday, which saw millions of people returning to work, travel time restrictions being ...
News
1 year ago

Police in Bohlokong in the Free State have launched a murder investigation after a 49-year-old woman was found murdered.
News
1 year ago
Next Article