Blood on the walls as violent neighbour kills small-breed dog 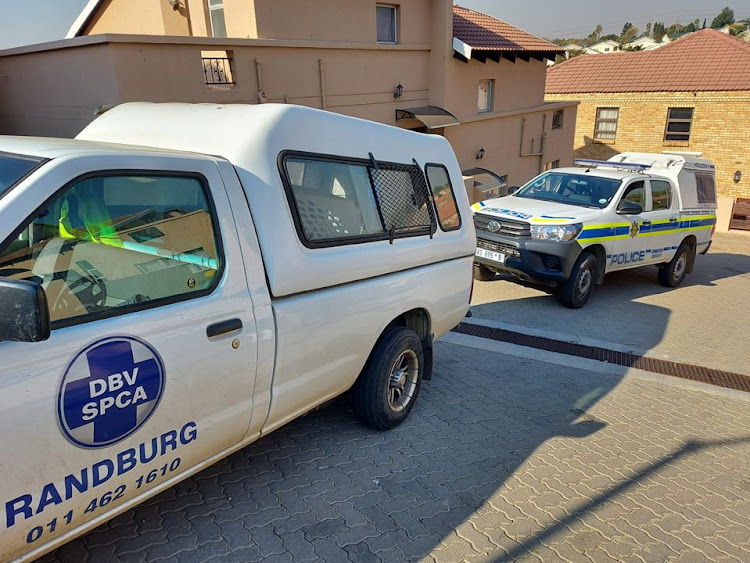 A sinister scene met the SPCA and SAPS officers who were alerted to the killing of a dog in a Johannesburg complex.
Image: Randburg SPCA

A 36-year-old man has been arrested for the “sinister” killing of an old small-breed dog, belonging to a fellow resident in their Johannesburg town house complex.

The man became violent and uncooperative with officers from the Randburg inspectorate of the National Society for the Prevention of Cruelty to Animals when they responded to a call for help on Tuesday, the SPCA said. They had to contact Douglasdale police for assistance.

“The individual claimed that the dog was sent to him by his neighbours who are trying to curse and bewitch him, and that he killed the dog because it was 'satanic'," said the SPCA.

“The blood was literally on the walls,” an inspection of the man's apartment showed.

The lifeless body of the miniature pincher-type dog was found on the scene.

Inspector Theo Mahube, of the Randburg SPCA Inspectorate, said: “It was horrific to see, there was something so sinister about this scene. We will be striving for justice, a precedent must be set.”

The SPCA said the man became excessively violent while shouting profanities at its officers.

He was later taken into custody, where he is now facing charges of animal cruelty and malicious damage to property.

Animal protection group the SPCA has taken in a female dog which was reportedly being sexually abused by its owner, who has been arrested.
News
1 year ago

“It’s simple, we have a zero-tolerance policy towards animal cruelty, it is purposeless and unnecessary,” said Inspector Shiven Bodasing, head of the Inspectorate Department.

This is the second shocking case under investigation by the SPCA.

A man was arrested by the Mareetsane police in the North West on a charge of sexually abusing a dog.

He appeared in court on May 28, where he was denied bail.

The victim of the assault was a young female crossbreed dog, which is still recovering from the ordeal under veterinary care in Johannesburg.

The SPCA warned: “Not only does this crime represent terrible animal cruelty, but cases of sexual abuse of an animal indicate towards a criminal who is a risk to both animals and vulnerable human individuals in the community, especially children.

“Bestiality is rarely a stand-alone sexual crime. The link between the sexual abuse of animals and human cruelty is real and important and the NSPCA encourages communities to give this sexual crime a voice.”