Father and son arrested for firearm negligence and attempted murder 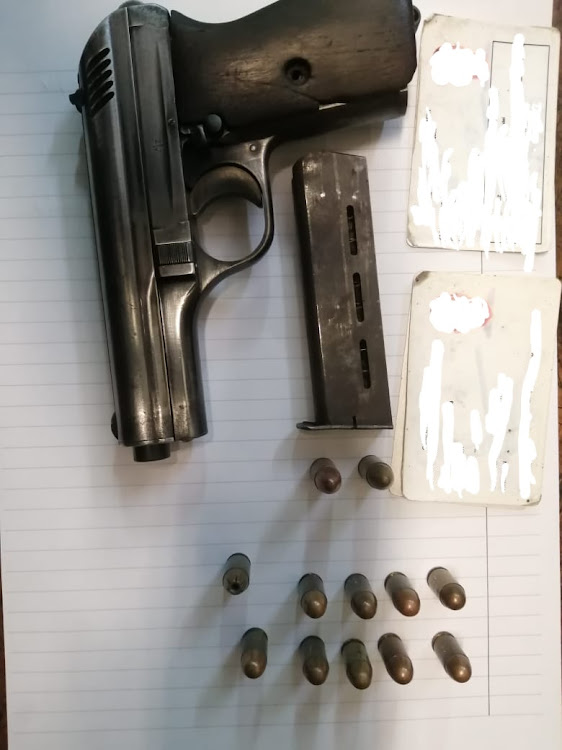 A Manenberg father got himself and his son arrested on attempted murder and firearm charges after flagging down a law enforcement patrol and complaining about the men his son allegedly shot at.

The law enforcement officers were patrolling in Ruimte Way on Sunday when the 49-year-old father flagged them down and complained that his 21-year-old son had just been assaulted by two people.

After the father identified the suspects, the law enforcement officers confronted them. The suspects, however, said that the 21-year-old fired two shots at them with a pistol.

According to Cape Town law-enforcement spokesperson Wayne Dyason, the officers followed up on the information and found a 9mm CZ pistol with 12 live rounds. He said the pistol’s permit was expired.

Dyason said the vehicle with all its contents was taken by force from the driver and when the vehicle was recovered the goods were missing.

Later on Saturday the officers recovered a stolen Toyota Quantum outside a panel shop in Ottery.

An Ekurhuleni metro police officer has been charged with truck hijacking after he was caught red handed.
News
1 year ago

A Cape Town man found himself in handcuffs on Wednesday morning after he tried to bribe undercover police to release his illegally imported BMW.
News
1 year ago
Next Article