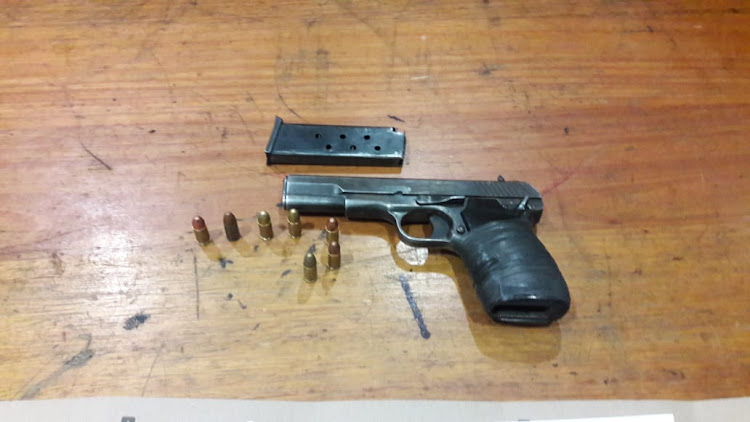 Police arrested a 21-year-old man in possession of a 9mm pistol and ammunition on Tuesday. He was wanted in connection with a murder and three attempted murders.
Image: SAPS

“Philippi East police members who were performing crime prevention patrols in the area during the early hours of Tuesday stopped and searched a man who was wearing uniform resembling that of the SANDF in Umkhombe Crescent, Lower Crossroads,” said Western Cape police spokesperson Sgt Noloyiso Rwexana.

During the body search, officers found a 9mm pistol with ammunition in the suspect’s possession.

Rwexana said the officers recognised the man as a suspect wanted for a murder and three attempted murders that were committed in January in Lower Crossroads.

He is expected to appear in the Wynberg magistrate's court this week.

Zandspruit man charged for 'walking around' in army jacket

A man who casually walked around in a defence force jacket in Zandspruit, Johannesburg, has been arrested
News
1 year ago
Next Article