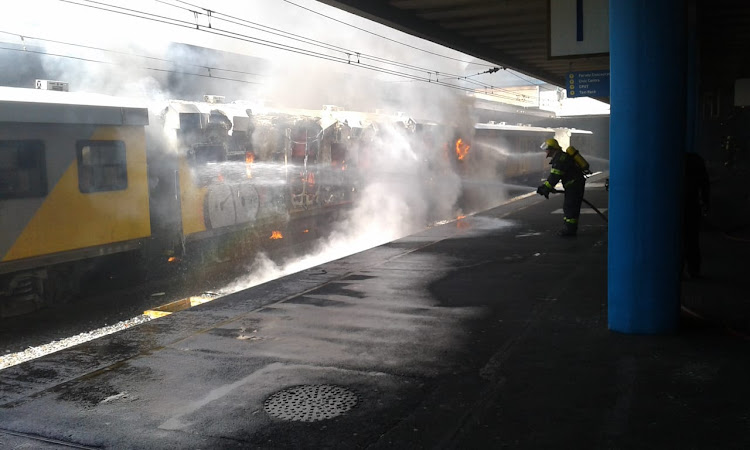 Twenty-nine days into the national lockdown, a pattern is emerging of the potential massive impact the ban on alcohol sales has had in the reduction of emergency calls to the fire and rescue service in Cape Town.

The city revealed on Friday, in a comparison of the lockdown period and the same period a year ago, that there had been:

“These lower statistics represent lives saved, even though it cannot be quantified,” the city’s mayco member for safety and security, JP Smith, said in a statement.

“The ban on alcohol and cigarettes has been a subject of lively debate since the announcement. Of course there has continued to be trade in these items in spite of the ban, and the city is under no illusion that for all of the arrests and confiscations, there are many others who have managed to lay their hands on these goods.

“Much has also been said about the impact of the alcohol ban on crime statistics. The city’s safety and security directorate has noted certain trends in some of its departments, which can be attributed to the reduced movement of persons, but we are fairly confident that the ban on alcohol has played a role,” he said.

The stringent regulation of banning the sale of alcohol during lockdown has led to a major decline in violent crimes.
News
2 years ago

The government's total ban on the sale of alcohol during the national lockdown continues to bear positive results for hospital trauma centres and ...
News
2 years ago

While the focus of lockdown interventions was initially on making sure people stayed at home, the focus has shifted. “From a city perspective, we have noted an increase in the number of persons arrested for selling items prohibited in terms of the regulations — most notably alcohol and cigarettes.

“In the last two weeks, there has also been a worrying increase in the looting of alcohol retailers, and more recently, the looting of food retailers and trucks transporting food items,” said Smith.

The city law enforcement department has made 1,326 arrests for contraventions of the Disaster Act and also armed for robbery, possession of illegal substances, attempted murder and attempted housebreaking, among others, since the start of the lockdown. Staff have confiscated 1,421 units of alcohol, 1,245 packs of cigarettes and seven firearms and ammunition.

The city’s metro police made 549 arrests and confiscated 1,365 units of drugs, 534 units of alcohol and more than a million cigarettes.

“Of the many lessons that we as a country can and will learn from the Covid-19 pandemic, it is my distinct hope that one of these will be our relationship with alcohol and its impact on our social fabric,” Smith said.