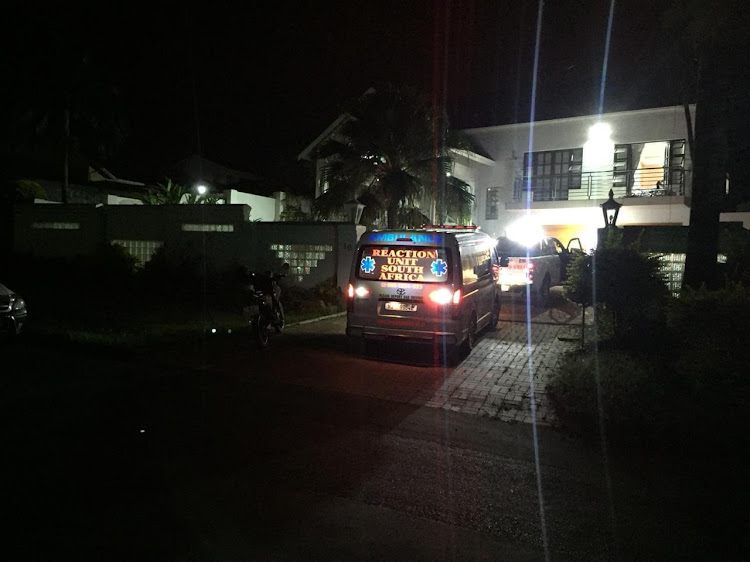 A KwaZulu-Natal man was stabbed to death inside his home in Tongaat.
Image: Supplied

Tongaat police are investigating a case of murder after a 38-year-old man was killed in an apparent robbery at his home on Wednesday.

According to police, the man and his family had been sleeping in the early hours of Wednesday when they were woken by footsteps inside their home at Watsonia Drive in Tongaat, north of Durban.

“Suddenly they saw two males inside the house. The intruders stabbed a 38-year-old man with an unknown object on the left side of the head. He was declared dead at the scene,” said police spokesperson Capt Nqobile Gwala.

The Hawks in the North West have arrested a 41-year-old suspect on Tuesday for alleged involvement in cross-pavement robbery in Hartbeespoort Dam ...
News
2 years ago

According to security company Reaction Unit SA (Rusa),  the man's  body was discovered in a pool of blood.

“His wife  had a stab wound on her arm. She was treated by medics  but declined further medical attention,” said Rusa spokesperson Prem Balram.

“The female victim was stabbed in the right arm. She managed to lock herself in one of the bedrooms with her 20-month-old baby while her husband attempted to fight off their attackers,” he added.

Gwala said the men made off with two cellphones and a laptop.

“It is unclear how they gained entry. We are appealing to anyone who might have information to contact the local police or Crime Stop  on ‪08600 10111‬,” Gwala said.

A security guard who was the first person on the scene of a liquor store burglary in the Western Cape has emerged as one of the suspects.
News
2 years ago
Next Article