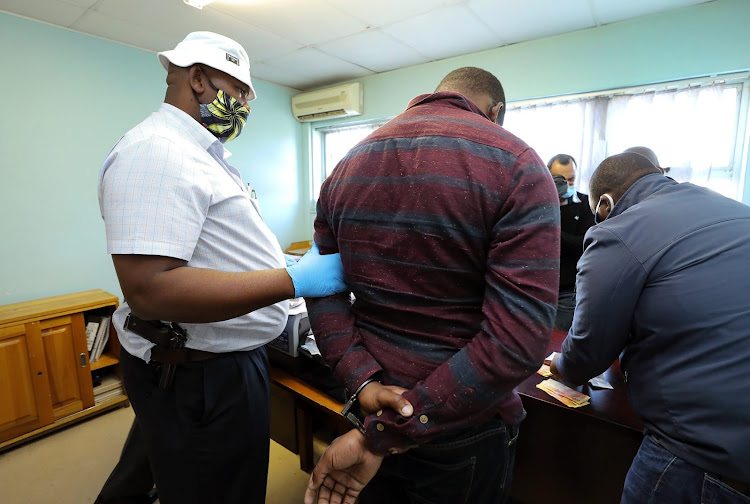 Cops book a Congolese man for trying to bribe undercover officers investigating a case against him.
Image: SAPS

A Cape Town man found himself in handcuffs on Wednesday morning after he tried to bribe undercover police to release his illegally imported BMW.

The arrest comes after the 29-year-old Congolese national’s BMW 325i, which he allegedly imported illegally from Singapore, was impounded by the Bellville vehicle crime investigation unit.

Earlier this month, the man offered one of the members of the unit a R10,000 bribe to issue a disposal order to release the vehicle from the pound.

“During our undercover operation, the suspect was arrested and the R10,000 bribe money was confiscated,” said Western Cape police spokesperson Col Andrè Traut.

“He will appear in the Blue Downs magistrate's court on Friday on a charge of bribery.” 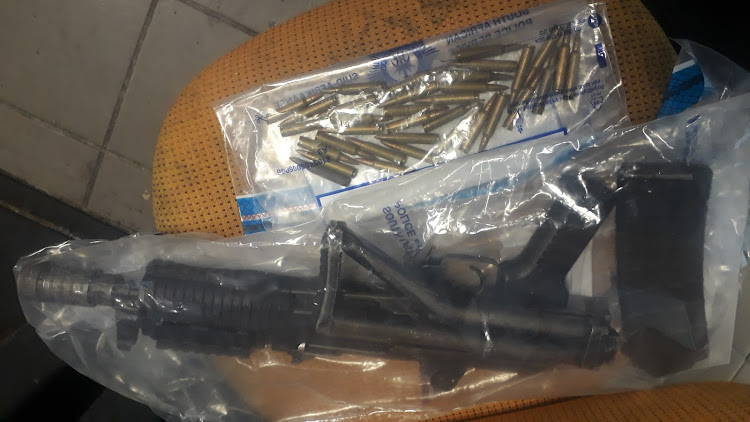 An R5 assault rifle was confiscated in Lower Crossroads on Wednesday.
Image: SAPS

Meanwhile in an unrelated operation, police confiscated an R5 assault rifle and ammunition on Tuesday in Lower Crossroads, in the Cape Town suburb of Philippi.

“Members of Philippi East crime prevention unit reacted on a tip-off and pounced on the suspect’s residence in Block 1 when the discovery was made,” said Traut.

“He is expected to make a court appearance in Athlone tomorrow for the possession of a prohibited firearm and ammunition,”

A 58-year-old man was arrested for allegedly threatening senior government officials for "lying" about the existence of the Covid-19 pandemic in the ...
News
1 year ago
Next Article