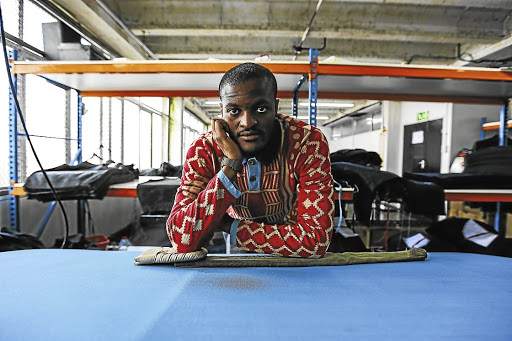 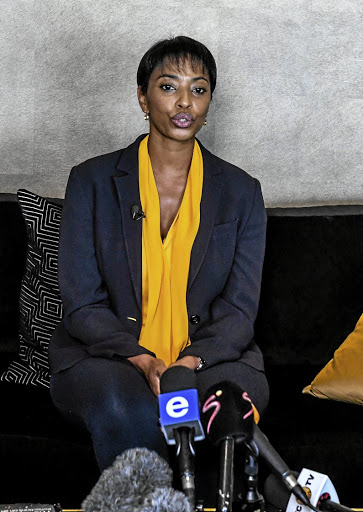 Miscommunication and a PR blunder have threatened to overshadow Kaizer Chiefs' latest 50th anniversary campaign before it even gets off the ground.

Two weeks ago, digital marketplace HmC announced a new project in collaboration with Chiefs to pay tribute to local creatives as part of their 50th birthday celebration.

The announcement stated that the soccer club planned to "support local small businesses in design, craft and visual" by "commissioning once-off, limited-edition prints and objects" conceptualised with Chiefs in mind.

The selected brands chosen to participate in the campaign included MaXhosa Africa, Hamethop and Lalela.

But this week, three of the creatives mentioned as part of the campaign were surprised when Sowetan contacted them about their involvement in it.

Fashion designer Laduma Ngxokolo of MaXhosa Africa distanced himself from the project and expressed disappointment over a picture of his clothes being used to market the campaign.

"I'd rather not say anything about it," Ngxokolo said, before adding that they "are not involved [in the project]".

Kaizer Chiefs celebrate their 50th birthday this year and as a tribute, SportsLIVE put together a wonderfully packaged scripted podcast - the first ...
Sport
2 years ago

The team at Lalela confirmed that they were not notified of their involvement in the project too.

"I just spoke to Lesley [Hudson] at HmC and apparently they are waiting on the client to sign off the brief before they send it to us but it is concerning that they've sent out a press release already.

"Hopefully this will all make sense once we have a brief from them," Heidi McCormack from Lalela said in an email to Sowetan.

Hamethop founder Tsakani Mashaba said: "We have been made aware of the project, however [we are] still awaiting for spec docs from them."

Hudson, director of HmC, blamed all the confusion on miscommunication.

"Just to iron out the confusion, all those makers I approached at the beginning of lockdown, but I didn't mention that it was a Kaizer Chiefs project," Hudson said.

"I just said we were working with an organisation [and] that we were commissioning these pieces that were going to be auctioned as a way of supporting small businesses.

"I have spoken to all those people on the list and they said they haven't made the connection. We will be sending a brief to them to respond in the next week or so."

According to the release sent out two weeks ago - in which Chiefs' head of marketing Jessica Motaung was quoted - HmC Fair 2020 and the club planned to present the collection to the public later this year.

"It's not only international brands that should have sole preserve of acknowledging our local talent," Motaung said in the release.

"BMW and Louis Vuitton have recognised the likes of Esther Mahlangu, we should too.

"Small design businesses, crafters and artists power our economy, and preserve our heritage. We are committed to supporting them through sustainable initiatives such as these."

Chiefs' spokesperson Vina Maphosa said: "The story is not fake but we will only engage on it at the right time."

Hudson confirmed that she was in contact with Motaung on the project.

Log leaders Kaizer Chiefs extended their advantage at the top of the Absa Premiership to nine points over defending champions Mamelodi Sundowns but ...
Sport
2 years ago

Lucky Stylianou: 'There was not one stitch of racism throughout my time at Kaizer Chiefs'

Lucky Stylianou remembers how‚ as the first white player to join Kaizer Chiefs in 1978‚ he was made to feel welcome at the then eight-year-old ...
Sport
2 years ago
Next Article