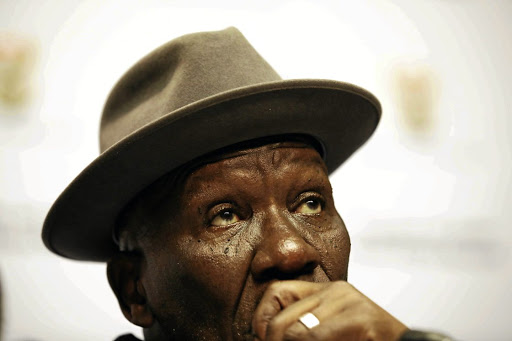 Minister of police Bheki Cele says the amendment of the Ipid Act is a parliamentary process and has nothing to do with him./ESA ALEXANDER

Minister of police Bheki Cele has been accused of refusing to surrender his powers over the Independent Police Investigative Directorate (Ipid).

This, according to the DA in parliament, has led to delays in signing into law the Ipid Amendment Bill which will see the police watchdog operating independently from the minister.

The Constitutional Court in 2016 declared parts of the Ipid Act invalid and unconstitutional as they gave the minister of police absolute powers to suspend or remove the head of Ipid without a parliamentary process.

The ConCourt then gave parliament two years to fix that. This after then minister of police Nathi Nhleko moved to suspend Robert McBride as Ipid head in 2016.

However, 44 months later, the Ipid Amendment Bill is yet to be signed into law.

This, according to DA's MP Andrew Whitfield, points to Cele refusing to relinquish power over Ipid as the Amendment Bill is gathering dust on President Cyril Ramaphosa's desk, waiting to be signed into law. Once signed, the bill will ensure that parliament committee on police oversees the suspension or removal of Ipid head, and not the minister of police.

DA federal council chair Helen Zille has slammed the government’s level 4 lockdown regulations, saying they were about “control” and ...
News
1 year ago

Minister Bheki Cele warned on Sunday that police had "no choice but to enforce the law" if the lockdown regulations were flouted for religious ...
News
1 year ago

"The minister does not want to surrender his powers over Ipid and I imagine this has caused delays. The president needs to sign the amendment bill or speculation will remain that the minister is delaying the process and influencing the president," Whitfield said.

Cele said he could not comment to the allegations and that the amendment of the Ipid Act was a parliamentary process, while Presidency spokesperson Khusela Diko said Ramaphosa was still considering it. "The draft Ipid Amendment Bill is before the president for consideration and an announcement in this regard will be made in due course," Diko said.

Ipid was established to investigate members of police accused of wrongdoing, and Whitfield said this was not possible while the minister of police still holds unilateral power to remove its head.

"Leadership instability at Ipid as well as under resourcing have affected Ipid's capacity. Political interference is also a major contributor to Ipid's inability to operate as a truly effective and independent police watchdog," Whitfield said.

In the court judgment into the killing of Collins Khosa by law enforcement officers, judge Hans Fabricius said the Ipid was inadequate to carry out investigations for a number of reasons, including finances, lack of independence and the fact that there was no head at the watchdog.

"The court ordered parliament to cure the defects in the legislation within 24 months. Some 44 months later parliament has still not amended the Ipid Act and no explanation for this delay has been tendered to my knowledge," said Fabricius.

Chairperson of the portfolio committee on police Tina Joemat-Petterson attributed the delay to various things including the ushering in of the sixth administration. "The bill lapsed at the end of the 5th parliament. The NCOP [National Council of Provinces] in the 6th parliament passed a resolution on 17 October 2019 reviving the bill so that the proceedings on these bills should resume at the stage they were at the end of the 5th term," Joemat-Petterson said.

She also said that they directed minister of police to expedite the process of appointing a new Ipid head.