Killer Fritz Joubert was fired from police 'after too many deaths' 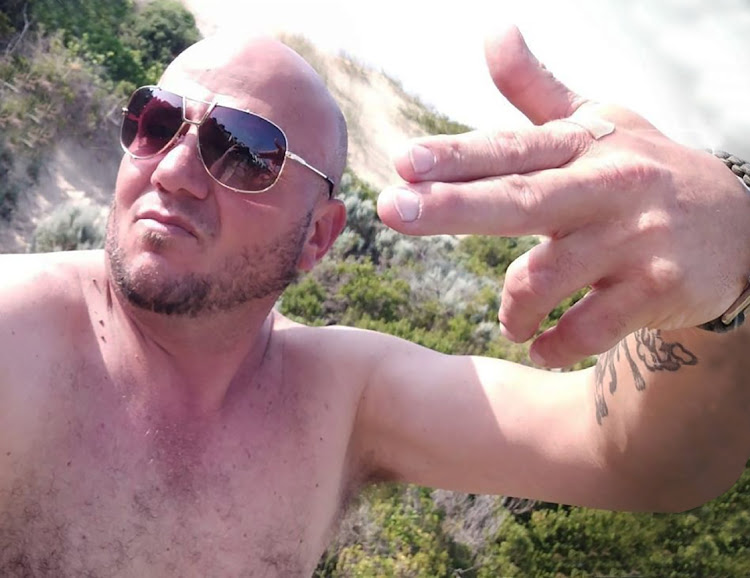 At the time he was shot dead by a policeman Fritz Joubert was up on charges of pointing a firearm at two officers and taking their car keys.
Image: Supplied

Fritz Joubert was allegedly fired as a policeman when he was 21 — and he was out on bail on a robbery charge at the time he murdered Anele Hoyana last weekend.

After Hoyana's murder, Joubert was killed by a police officer in what was described as self-defence.

New information obtained exclusively by SowetanLIVE's sister publication DispatchLIVE on Wednesday paints a picture of a deeply troubled individual who had run-ins with his superiors and the law.

Joubert, who would have celebrated his 45th birthday on Thursday, was born in Lusaka, Zambia, but in later life joined the SA Police, where he was stationed in Boksburg and Bloemfontein.

A national police source, who is not authorised to speak to the media, told the Dispatch that Joubert was “discharged” from the police on August 31 1995.

The reasons for dismissal were not provided by the police, but the source said Joubert was sacked in connection to “too many” deaths.

DispatchLIVE also established that police in Bloemfontein opened a case of robbery with aggravating circumstances and crimen injuria against Joubert earlier this year.

Joubert allegedly pointed a gun at two police officers outside a KFC outlet in Bloemfontein before driving off with their car keys in February, sources told the Dispatch. He later dropped off the keys at another location in Bloemfontein, according to the state's case.

When he was arrested on April 10 he pleaded not guilty to both charges, Shuping said.

The charge sheet shows that Joubert appeared in court for the first time on May 31 and then on August 26 and 27.

Joubert, a sangoma trainee, filmed himself in the early hours of Saturday morning bludgeoning sangoma Hoyana to death with the butt of a rifle.

Joubert was shot dead by a Gonubie police constable during a scuffle in Joubert's bedroom.

The Independent Police Investigating Unit (Ipid) is investigating a case of death as a result of police action, and Gonubie police have opened a murder investigation into Hoyana's death.

On Wednesday, Ipid spokesperson Sontaga Seisa said: “Both Ipid and SAPS investigators may share important evidence or reports where possible to assist with the overall investigation of both cases. The Ipid investigation is ongoing and statements of some relevant witnesses have already been taken.”

A person familiar with the investigation said that Joubert was planning to kill many people on the night he killed Hoyana.

He said Joubert had put a rifle on a stand in his upstairs bedroom pointing out the window towards the gate.

“He was going to shoot everyone who drove into the yard that morning. He said no one was leaving the farm alive. He was shot dead in that room,” the source said.

Another source said she believed Joubert wanted to die.

“There was a lot more to the story. Fritz was not in a good mental place and he wanted to die, I'm sure of it,” she said.