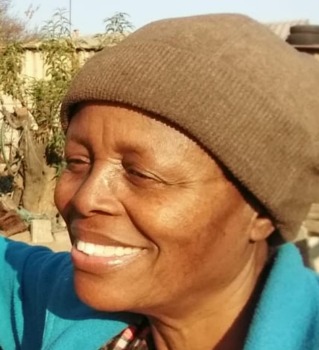 Thembi Mthombeni was allegedly kidnapped from her home on May 6.
Image: Supplied / SAPS

It has been more than a week since a 65-year-old woman was kidnapped from her home in the Lynnville township in Witbank, Mpumalanga, and has not been seen since.

“One male is known to the family,” he said. The known suspect, however, has not yet been located by police.

Hall said the assailants left the house with Mthombeni and placed her in a white double-cab bakkie with no canopy. Its registration is unknown.

“She has not been seen or heard from since,” said Hall.

Mthombeni's kidnapping was witnessed by her elderly mother who was allegedly assaulted by one of the kidnappers before they left.

The motive for the abduction is still under investigation.

“[Her] clothing worn at the time of disappearance was a black and white dress with a blue jacket,” Hall said.

Police have requested the public to come forward with information that can help with the investigation.

The six men charged with the murder and kidnapping of 16-year-old KwaZulu-Natal teen Andile Bobo Mbuthu say they were assaulted and made to sign ...
News
1 year ago

A Durban man, who heard his kidnappers discuss whether to release him or kill him for body parts, says he owes his life to Durban metro police.
News
1 year ago
Next Article