Baby 'snatcher' hands herself in to police 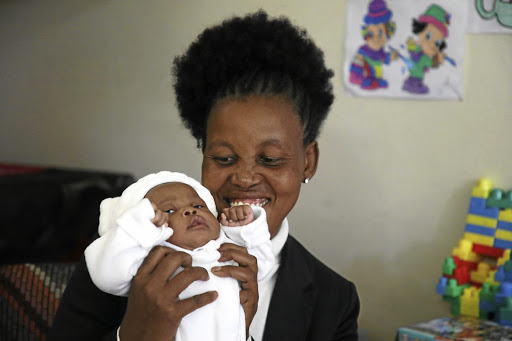 The baby was returned to its biological mother
Image: Thulani Mbele

A Daveyton woman who allegedly stole a baby three weeks ago at Lakeside Mall in Benoni has been arrested after she handed herself to police on Wednesday afternoon.

Queen Mabu Mathabathe , 31, allegedly snatched baby Koketso from her mother after she lured her into a friendship and a promise of a job. This happened when they met days earlier at Kempston clinic near the mall.

According to police the husband was not aware that the baby was stolen as he believed it was theirs. The man said he knew the woman to have been pregnant before coming home with a newly-born baby. At this point it in not clear if the woman was ever pregnant.

Police have found a baby who was stolen by a woman who had 'lured' the mother into a fake friendship and offered her a job.
News
1 year ago

Mother whose stolen baby was found alive had suicide thoughts

A mother whose baby was stolen at a mall on the East Rand had suicidal thoughts before she was reunited with her daughter yesterday.
News
1 year ago

Mathabathe contacted Pretty Mphenemene, the biological mother of the newly-born, to meet at the mall over the promise of a job she had made to her a few days earlier. While they were there, she tricked Mphenemene by giving her money to go into a supermarket to buy snacks for them. She then disappeared with the baby.

After the baby was recovered earlier this week, the suspect called the police station on Wednesday afternoon to indicate her intention to hand herself in.

“She eventually arrived around 3pm accompanied by her brother and handed herself over. She was arrested immediately and charged,” police spokesperson Cpt Nomsa Sekele said.

Sekele said Mathabathe had not yet made a statement confessing to child abduction but would make her first court appearance in the Benoni regional court on Thursday for child kidnapping.