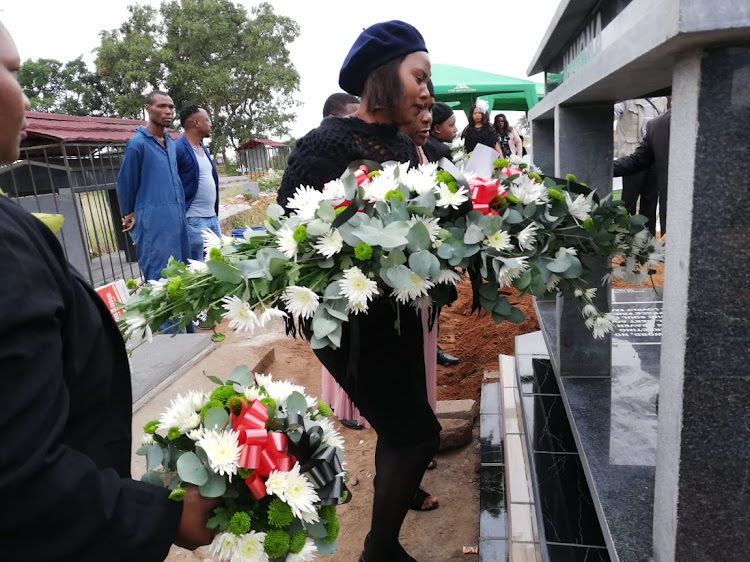 The family of Collins Khosa who was allegedly killed by soldiers for drinking beer in his yard during lockdown say they are disappointed that government failed to support them during his funeral.

Khosa, a bakery employee, died of head injuries after he was allegedly assaulted by soldiers in Alexandra, Johannesburg last week. He was buried at Mawa Block 12 village in Bolobedu, outside Tzaneen, in Limpopo at the weekend.

Speaking on the sidelines of the funeral proceedings, family spokesperson Lesta Khosa said they were disappointed that not even a single local councillor, let alone a national government official, came to offer support.

"It shows that our government does not care after they brutally killed him. They know they are responsible for his death but they didn't even ask the family how best could they assist in burying our brother," Lesta said.

He said the family was pressing ahead to demand justice for his brother.

"Through the Economic Freedom Fighters, we have found a lawyer to serve the legal papers to those responsible."

The SA National Defence Union (Sandu) has called for a military inquiry into the death of a man from Alexandra, north of Johannesburg, allegedly ...
News
1 year ago

"We have sent our condolences to the family for his untimely death and it was unfortunate. However, government had no role to play in his funeral," Mathivha said.

Friends and relatives described Khosa as someone who wouldn't hurt a fly.

"I really don't know what transpired when he was killed but I know he was not a confrontational person and not easily provoked. He laughed a lot and was neatly dressed all the time," Ramothwala said.

Khosa, who was a Mamelodi Sundowns supporter, was said to be a decent footballer as well.

His expensive coffin was ferried to the graveyard by a Mercedes Benz Viano, tailed by three Porsche Cayenne SUVs. His tearful wife Nomsa Montsha looked on helplessly as the coffin was lowered into the grave.

"That coffin is expensive, we couldn't have afforded it. A good Samaritan in the form of the EFF paid for the coffin," said a grateful Lesta

Shadrack Khosa, a childhood friend, said: "I support the family and they must seek justice for Collins and those who killed him must pay."

Collins Khosa is survived by his wife and three children Wisani, 13, Loveness, 12, and Gift, 10.