'All is not well': KZN premier promises 'intensified' lockdown in Durban 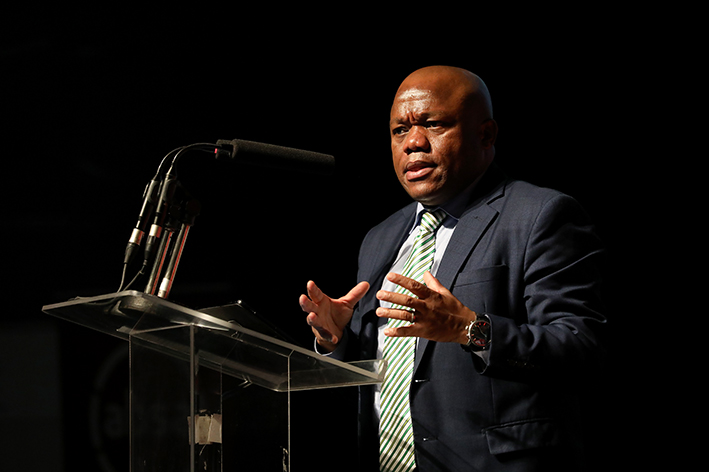 There will be “no compromises” in the enforcement of the national lockdown in Durban, as the coastal city has become KwaZulu-Natal's Covid-19 epicentre.

This was the stern warning from premier Sihle Zikalala on Sunday.

“We want to inform you that all is not well,” said Zikalala. “We need to take urgent and drastic action because we are at risk of losing this battle if we behave as if all is normal.”

Currently, KwaZulu-Natal is the third worst-hit province in SA in terms of the number of Covid-19 cases, behind only Gauteng and the Western Cape. However, 40% of the country's deaths from the respiratory illness have been in the province — 21 of the 52 fatalities.

Zikalala said, KwaZulu-Natal also accounts for 83 of the patients admitted in both private and public health care facilities, which is 15% of the national total. Sixty-one of them are in private hospitals, according to the figures he provided, and three are in intensive care.

Private hospital group Netcare has been diverting emergency patients to other facilities while the trauma units of its three Durban hospitals remain ...
News
1 year ago

But, said Zikalala, eThekwini was overwhelmingly the provinces's epicentre, with 65% of all cases in KwaZulu-Natal being from the Durban-based metro.

This, said the premier, meant that strict measures had to be put in place to curb the spread of the coronavirus, which causes the Covid-19 illness.

“This new emerging trend is indicative of the fact that too many people and some institutions are not adhering to the lockdown regulations. This kind of behaviour must stop,” he said.

As a result, “urgent and decisive action” was needed.

“Such action needs to be taken now and by all of us.

“It is for these reasons that we have decided ... to implement an intensified lockdown for eThekwini. We have issued a directive to our law enforcement authorities to apply the law in its strictest form, and make sure that there are no compromises. We want them to make sure that the violation of the lockdown by people who are supposed to be at home is met with the concomitant punishment as set out by the law,” he said.

This meant more police officers' and soldiers' boots on the ground. Increased roadblocks were also promised.

“We wish to once again plead with our people to stay at home, and respect the law. This is a health emergency. We are in disaster mode. It is not business as usual,” said Zikalala.

Meanwhile, the DA in eThekwini has submitted a proposal to city leaders on the current situation — saying that major budgetary changes were needed in combination with assistance for those hardest hit.

Fry Group Foods - a producer of plant-based food - has temporarily closed its Durban factory after an employee tested positive for Covid-19.
News
1 year ago

“The municipality is going to have to take some tough and decisive action to reallocate funding to ensure that it has the capacity to respond and protect its citizens during this pandemic.

“The 2020/ 2021 budget needs to be completely reworked as we move into a time of prolonged crisis. Events, catering, commemorations, travel, advertising, sports games and anything that is not essential must be scrapped and the hundreds of millions used elsewhere,” said eThekwini caucus leader Nicole Graham.

She said the proposal also included relief — based on an application processes — of doubling of the current free allocation of water and electricity, a “three-month rates holiday” with the amount payable later, no interest accruing on arrears that accumulate during the lockdown and its aftermath, and a “moratorium on disconnections of municipal services”.