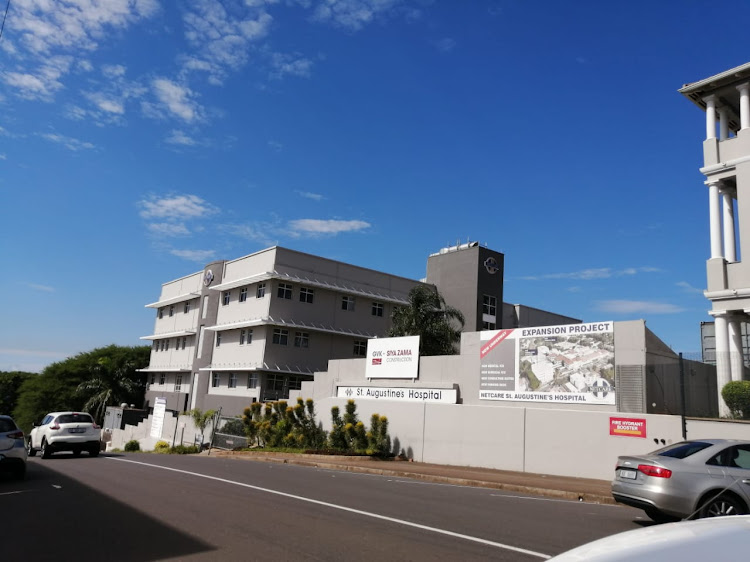 The trauma unit at the St Augustine's hospital in Durban was closed and new patients are not being admitted, management said on Friday
Image: Lwandile Bhengu

Durban's biggest private hospital took extraordinary measures to shut down its emergency ward and ban new admissions after the deaths of three patients from Covid-19 in 72 hours.

The measures came shortly after KwaZulu-Natal premier Sihle Zikalala announced during a media conference in Durban on Friday afternoon that the provincial government was in consultation with the private hospital to consider shutting after 11 health care workers tested positive for Covid-19.

In a statement on Friday, Dr Richard Friedland, CEO of the Netcare Group, said the hospital had taken a decision to close its emergency unit and test all staff who might have come into contact with the patients.

“Two of the patients were first admitted to the hospital on March 9 and 13 2020 respectively, and the third patient on March 14 2020. These patients did not have a history of recent international travel or known contact with a person who was Covid-19 positive, nor did they present with any symptoms of Covid-19 when they were screened on admission,” said Friedland.

An 81-year-old Durban woman died from Covid-19 in hospital on Thursday afternoon.
News
1 year ago

All South Africans will be able to access telephonic consultations with doctors for Covid-19 specific queries at no cost, courtesy of a ...
Business
1 year ago

The dead patients included a 46-year old teacher from Isipingo who died on Tuesday and an 81-year old  Bluff woman who died on Thursday.

The hospital has since embarked on a rigorous screening process and said they were contacting patients' relatives.

"The hospital management is currently in the process of explaining the situation to patients who are being cared for in Netcare St Augustine’s Hospital and contacting their relatives to explain to them the situation and the measures being taken,” they said.

Zikalala said the hospital was working with the national and provincial departments of health to contain the spread of the infection.

Zikalala — accompanied by health MEC Nomagugu Simeleane-Zulu — said the hospital had treated a 45-year-old Umlazi teacher and an 81-year-old woman who had contracted the virus and died on Tuesday and Thursday respectively.

“Out of 20 health workers from this hospital who have been screened, 11 have tested positive. There is a strong possibility that we may shut down the entire hospital.”

Health minister Zweli Mkhize on Friday announced that the number of confirmed cases of Covid-19 in the country had risen by 43 to 1,505
News
1 year ago

Recovered Covid-19 patient Lunga Nombewu cried tears of joy as he hugged and kissed his daughters for the first time in 15 days when he came out of ...
News
1 year ago

He cautioned against the naming of people and their relatives affected with Covid-19, which he said would lead to stigmatisation.

He said health care workers in the province would begin the process of door-to-door home testing for the virus in Umlazi, south of Durban, on Saturday, as government intensifies it's efforts to flatten the curve.

“We want to assure the community of Umlazi that they are not alone at this time. We will also deploy tracer teams to various parts of the township.

Meanwhile Simelane-Zulu painted a grim picture for the province when she revealed that there were now confirmed cases in each district.

“Initially it was only in eThekwini, but now all the districts have confirmed cases,” she said.

Friedland said the hospital had set up a dedicated 24-hour information and support service which is being communicated to the families.

On-site and telephonic support services for all employees to use during this time of heightened concern has also been established.