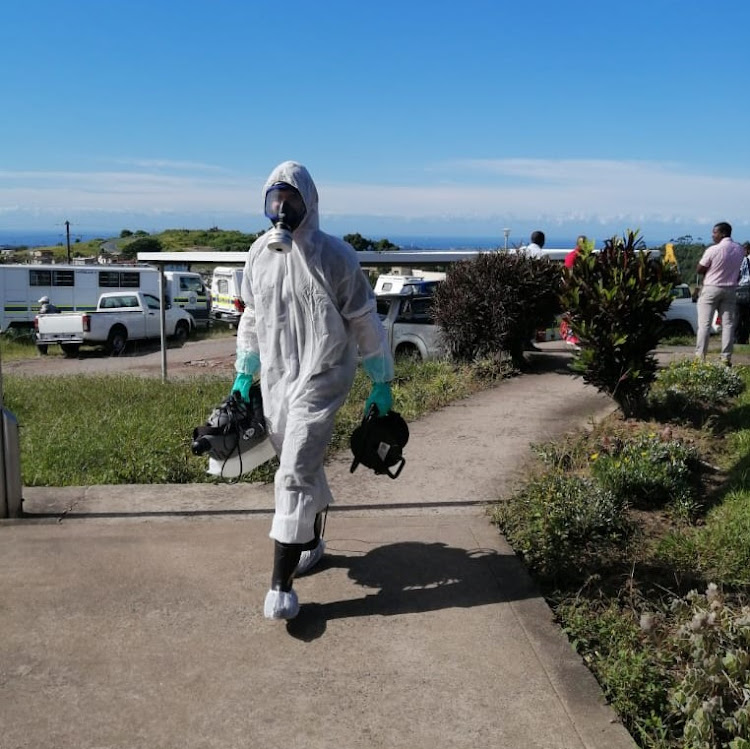 A department of health official in a hazmat suit at the Folweni police station, south of Durban, on Friday.
Image: Supplied

A KwaZulu-Natal police station was temporarily closed on Friday after it emerged that a member had tested positive for Covid-19.

“A member who was feeling unwell was admitted to St Augustine's hospital and tested positive for Covid-19. As a precautionary measure the station has been evacuated for sanitisation.

“The station is not shut down as the services have been moved to a mobile operation. It is important to note that no other members have shown any symptoms or high fever. Anyone who has come into close contact with the member who tested positive is currently in self-isolation.”

Naidoo said all Covid-19 protocols were being observed at the station in accordance with World Health Organisation regulations.

An 81-year-old Durban woman died from Covid-19 in hospital on Thursday afternoon.
News
1 year ago

All South Africans will be able to access telephonic consultations with doctors for Covid-19 specific queries at no cost, courtesy of a ...
Business
1 year ago

Tourists, foreign workers and students stranded in SA by the Covid-19 lockdown will be able to return home on chartered flights operated by South ...
News
1 year ago
Next Article