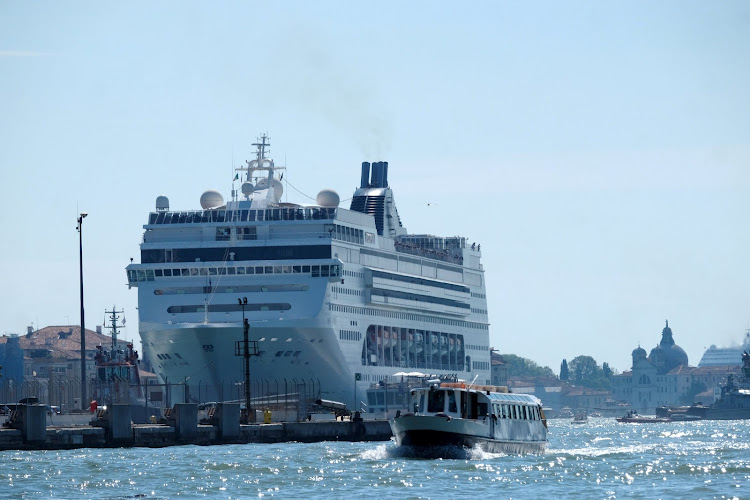 The ship - which had 1,215 crew and 264 passengers on board - docked in Durban late on Monday afternoon.

The six South Africans disembarked and were taken immediately for testing and subsequent quarantine.

No one else was allowed off the vessel.

Addressing the media, Mkhize said the Queen Mary 2 left Australia on March 16 and was making its way to Malaysia when it entered South African waters amid the emergency regulations implemented by the government.

"We started having emergency regulations and it was among those that it had to be asked not to disembark. It docked on Friday and asked for permission to disembark, but of course we had a number of questions regarding the health of the crew and passengers," he said.

Mkhize said there were several people on board who showed signs of Covid-19 symptoms but it turned out that no one tested on the cruise liner was positive for the coronavirus - including the six South African crew.

Two of the crew members are from KwaZulu-Natal, two from the Western Cape, one from Gauteng and one from the Eastern Cape. He said they would be tested and quarantined for 14 days before being tested again and sent home - provided they test negative.

Meanwhile, Mkhize confirmed that two passengers on the MSC Orchestra, which departed from Durban on February 28 and came back on March 2, had tested positive for Covid-19.

He added that one passenger on a subsequent cruise to Portuguese Island in Mozambique between 13 and 16 March also tested positive.

He said the health department was working closely with port authorities to trace down all passengers from those vessels and urged them to self-isolate for 14 days.

Limpopo has recorded its first recovery of a Covid-19 case.
News
2 years ago

All passengers have disembarked from MSC Orchestra: Samsa

The South African Maritime Safety Authority (Samsa) said on Tuesday that all 2,408 passengers who were on the MSC Orchestra cruise ship have ...
News
2 years ago
Next Article