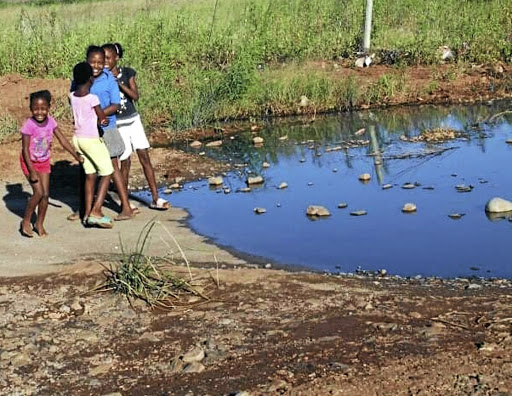 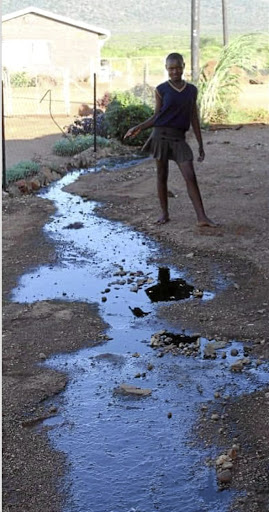 A Mpumalanga township has had raw sewage flowing in the streets for more than two months as its municipality is unable to attend to the problem.

Residents of Mashishing in Lydenburg are now used to navigating through streams of human sewage from burst pipes as they go about their daily business. The smelly waste on the streets also flows into the yards, and ends up in the local river.

When Sowetan visited the area, residents spoke about their fear of contracting diseases, including cholera.

Thulisile Moropa, a resident, said the past two months had been among the most frustrating in her life.

"This is unacceptable and very frustrating. It's the worst thing ever happened to us. It's even difficult to open my mouth to talk about this due to the smell," she said.

Moropa said because of blocked pipes their toilets often overflow after usage.

"It becomes worse when it rains. We struggle to even walk in the streets."

The awful smell greets you when you get into Extension 8 Mashishing.

KZN police station 'has been battling a big stink for years'

Instead of government addressing the issue, wooden pallets have been placed over the filth.
News
1 year ago

"It's a struggle to eat. I feel like vomiting every time I try to eat," Moropa said.

Another resident, Oscar Masilela, blamed the municipality for failing them.

Thaba Chweu local municipality spokesperson Themba Sibiya said the municipality is aware of the problem and blamed it on equipment theft and vandalism.

"A transformer for the sewage pump was recently stolen, leaving the plant without electricity," Sibiya said.

He said the challenge was "compounded by the fact that water and sewage infrastructure in the area are not properly constructed and there are some houses which have been illegally built on top of the main sewer line".

"The amount of work that must be done in the area to fix the infrastructure requires [a big] project to be undertaken."

Sibiya said a technical report had been completed and would be used to redesign and reconstruct the water sewage network in the area.

However, he did not say when the work to fix the sewage pipes would start.

In recent years, Thaba Chweu has been in the news for the wrong reasons, including a huge debt to Eskom and incomplete infrastructure development projects.

The Public Servants Association wants the department of labour to urgently investigate unhealthy and hazardous conditions at a building occupied by ...
News
2 years ago

Bedroom, bar, brothel: the many faces of migrant homes in Italy

Castel Volturno is now a dilapidated seaside nightmare where Nigerians open their homes to migrants wanting cold beer and quick sex.
News
3 years ago
Next Article