KZN police station 'has been battling a big stink for years' 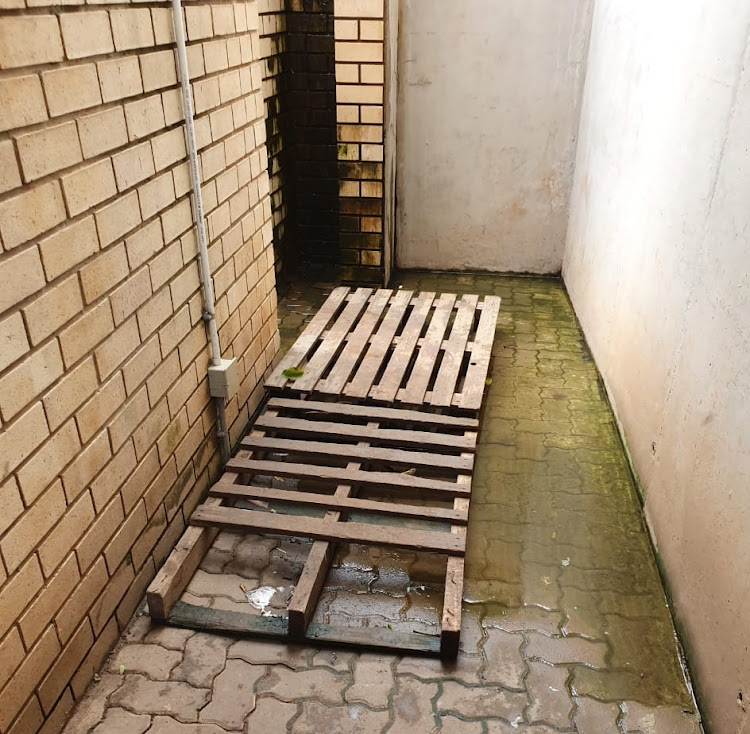 Wooden pallets have been placed over sewage leakage in an alley which members of the public have to use to get to the Melmoth police station in northern KZN.
Image: Supplied

A police station in northern KwaZulu-Natal has had a sewage leak for “years”.

But instead of government addressing the issue, wooden pallets have been placed over the filth to help members of the public get to the Melmoth police station's community service centre (CSC).

According to a local resident, who did not want to be named, the town has been submerged in a foul stench for a number of years.

“The King Cetshwayo district municipality (KCDM) blames the Mthonjaneni local municipality. The local municipality blames the district. Surely in terms of the constitution, spheres of government section 3, they should jointly resolve the issue, not only in Victoria Street, in the middle of Melmoth's CBD, but also behind the KFC. All this sewage is going into streams and contaminating the water source downstream.”

The spokesperson for Mthonjaneni local municipality, Thami Shangase, said any issues pertaining to water and sanitation were the responsibility of the KCDM.

“We are aware of the problem. We have, on a number of occasions, alerted KCDM to the issues. Members of the police station even contacted the district directly to report the problem,” he said.

KCDM failed to respond to queries sent on Thursday.

Growing tree roots have collapsed a drainage system at Nomini Primary School in Orange Farm, south of Johannesburg, causing sewage to spill since ...
News
2 years ago
Next Article