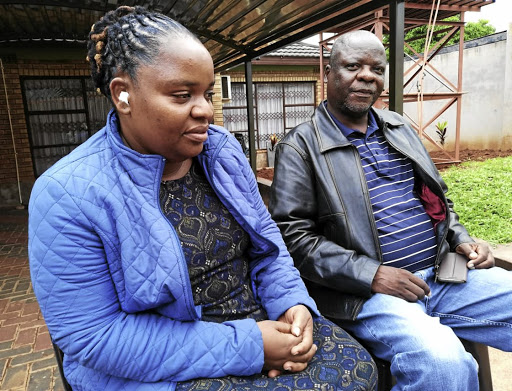 A police officer was cornered and hacked to death with a panga when he accompanied a rape victim to fetch her belongings from her alleged attacker's house at the weekend.

The suspect, believed to be the 17-year-old victim's uncle, on Sunday allegedly attacked the cop with the panga and then turned on his niece who is now fighting for her life in hospital.

National police spokesperson Brig Vishnu Naidoo said WO Thinandavha Mudau, 57, attached to the Thohoyandou's family, child protection and sexual offences unit, had on the day arrived at his office where he was met by the teenager who alleged that she was raped by her uncle.

Naidoo said Mudau took the teenager and they went to the uncle's house in the Sibasa CBD where the officer was cornered and hacked to death.

A 32-year-old rape suspect is due to appear in the Butterworth magistrate’s court In Eastern Cape today after police caught him while sleeping in his ...
News
2 years ago

"His attempt to arrest the suspect turned fatal when the suspect produced a panga and hacked the policeman to death," Naidoo said, adding that the man then attacked the teenager with the panga.

"The injured teenager is currently undergoing treatment at a local hospital."

Naidoo said the man fled the scene and was still on the run.

The cop's elder brother Duncan Mudau said he visited the scene where his brother was killed and the room was covered with blood.

"He was hacked on the head several times and died there. I found lots of blood and deep cuts on his hands as well, as I believe he was using them to block the panga," he said.

Duncan said the family wanted the man to be jailed. He added that the family had lost a unifier who had kept the Mudaus together.

"He formed the Mudau burial society and he kept it moving for many years. He left a huge void in the family, and we will miss him," he said.

A 25-year-old suspect arrested in connection with the rape of two PE College students has told the Port Elizabeth Magistrate’s Court that he intends ...
News
2 years ago

According to the suspect's neighbours, who spoke to Sowetan on condition of anonymity, the man who works as a carpenter brought the woman to the area and told them she was his niece who had come to SA from Zimbabwe to attend a relative's funeral somewhere in Thohoyandou.

The neighbours said the man told them that he had
offered her a job as a cleaner at his carpentry warehouse.

"He told us the girl was working for him as a cleaner. We didn't know she was sleeping in the same room with him," said one of the neighbours.

Mudau's heartbroken wife Elisah, 45, said her husband's death was shattering and painful as she is now faced with mammoth task of raising their five children alone.

"He was the pillar of this family and he would do anything possible to protect and provide for his family. My husband didn't deserve to die like that, I don't even know how I'm going to live without him and take care of the children alone."

The investigating officer joined the SAPS in 1989 and had been married to Elisah for 27 years.

Provincial Hawks spokesperson Capt Matimba Maluleke said they were investigating the murder and have launched a manhunt for the suspect.