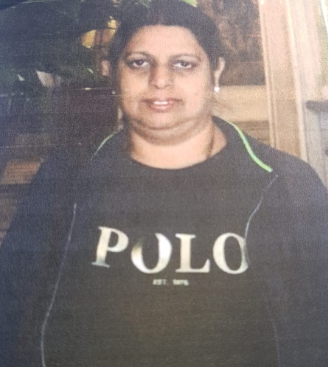 Gita Samgi, who was kidnapped in Nelspruit last year, has been found dead in Witbank.
Image: Supplied / SAPS

The Hawks on Monday confirmed that a woman who was kidnapped in Nelspruit in October 2019 has been found dead.

In October, TimesLIVE reported Samgi’s disappearance but at the time police had erroneously given her name as  Guhabali Samzi. The woman's full name is Guitabali Samgi.

Samgi was kidnapped outside the residential estate in which she lived on October 15 2019.

Brig Leonard Hlathi said at the time of her disappearance: “It is alleged that on October  15 2019 about 2.30pm, the victim left her home  in Nelspruit and went to the Crossing Shopping Centre. She was supposed to fetch her child from school later, but did not.

“Her husband became worried after he tried to get hold of her, with no luck. A case of a missing person was registered at Nelspruit police station.”

Her car was later found abandoned.

“Her car was found at Cairn, on the outskirts of Nelspruit, with the driver’s window smashed. Her belongings were found inside the car,” Hlathi said.

Police learnt through eyewitnesses that Samgi was seen getting into a gold Chevrolet with the registration HCX586MP. The number plates were later found to be false.

Police released an image, captured on CCTV camera, of a person of interest who they believed could help them with the search.

There were no arrests.

The funeral service for Kavitha Nerputh was expected to take place on Wednesday amid shock claims that she had begged for police protection as ...
News
2 years ago

Speaking to SowetanLIVE's sister publication TimesLIVE on Monday, Hlathi said a postmortem was yet to be conducted to confirm the cause of death.

Samgi was the second kidnap victim to be found in Witbank in recent months.

Sandra Moonsamy, the daughter of multibillionaire logistics tycoon, Lutchmee and Poonsamy Naicker, who went missing in May, was found "bound in chains" when police swooped on her alleged kidnappers in November. She was found alive.

Several people were arrested in that case.

Moonsamy, a Westville mother of two and a financial director of Crossmoor Transport, had  allegedly been taken from her Range Rover after allegedly being forced off the road by three vehicles on the M13 offramp on Stapleton Road in Pinetown on the evening of 30 May.

Mulaudzi said shortly after her kidnapping that the family had received calls demanding a R140m ransom.