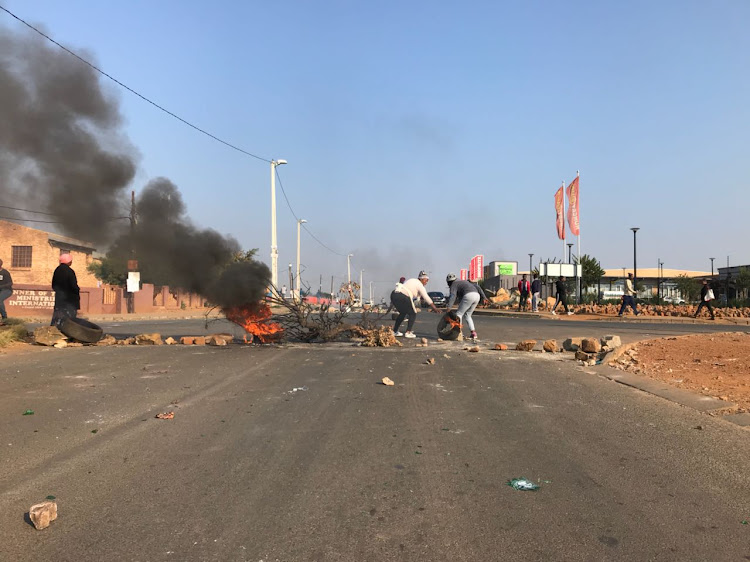 Protesters block the road with burning tyres in Soweto in this file picture. Scenes similar to this could play themselves out as the township's residents plan a protest action against power cuts.
Image: TANKISO MAKHETHA

The organisers of the Soweto Shutdown have distanced themselves from a social media voice note that claims violence will be used to keep residents from going to work and school on Tuesday.

The WhatsApp message went viral on Tuesday, leaving residents in a panic.

In an interview with community radio station Jozi FM on Monday night the leaders of shutdown said though the voice note had made members of the public aware of the planned shut down, it did not come from them.

“I want to clarify the WhatsApp message that has been going around. It has two ways; I was surprised that it went viral the way it did and it came handy in making people aware of what’s happening tomorrow. What we do not agree with as far as that message is concerned is being hooligans,” said the protest's Rufus Tsheke.

During the interview, Tsheke added that a human chain would be formed around the township and residents were encouraged to wear black clothes as a symbol of living without electricity.

He said the leaders did not promote the closing of roads with rocks as well as the burning of tyres. However, he did encourage people to support the protest by staying away from work.

“We are for the human chain. The significance of tomorrow is that there is a state of the province address. We want Ntate Makhura to put us in his plans, he knew about this but said nothing,” said Tsheke.

Several major roads around Soweto were expected to be shut down on Tuesday and Wednesday.

Sowetans worried about quality of healthcare