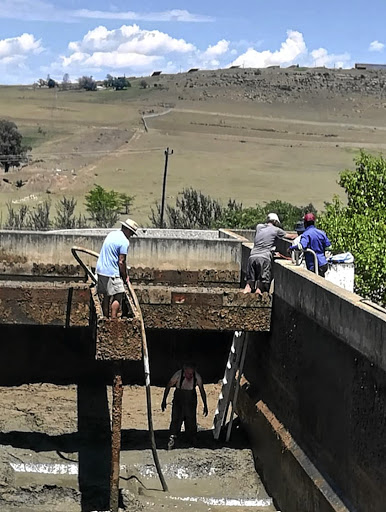 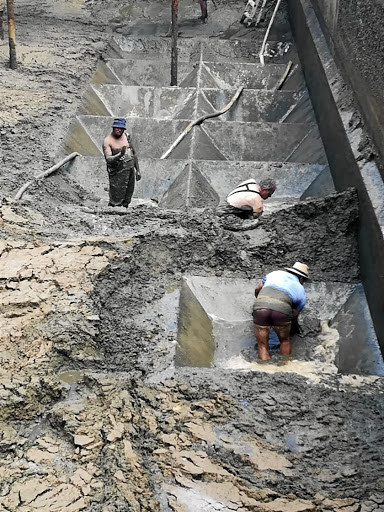 When taps in Harrismith, eastern Free State, ran dry for six months, the water crisis drove a group of residents to fix public infrastructure and stopped relying on the municipality for basic services.

The Harrismith Water Heroes was established in January last year as the area faced its worst summer without water.

Maluti-A-Phofung local municipality, whose seat is Phuthaditjhaba, 50km away, was already under administration and the administrator could not immediately restore water to the taps at the time.

Sam Twala, leader of the group, said residents met at a community hall as the water crisis was taking a toll in the area.

Twala and some of the residents were able to persuade the community not to protest but fix the problems themselves. There are currently 28 people working on fixing the infrastructure.

"We said let us go and find the [solution] ourselves... there is the Sterkfontein Dam next to us, " Twala said.

After the first meeting, the group then got municipal officials who helped them do an assessment of the water infrastructure. A pump was immediately installed which helped move water from the dam to the infrastructure. In just four days, water was restored, albeit at low pressure.

Minister Lindiwe Sisulu has announced several interventions which include injecting R220m to address the water crisis in QwaQwa and surrounding areas ...
News
1 year ago

Twala and his team then went on a process fixing the valves, burst pipes and leaks that had left them without water for months. "The community said to us, 'you have done a good job but our problem is not just water only'. They said we have confidence in you, please tackle all the service delivery problems. We had to start maintaining roads, cleaning of our town, dealing with illegal dumping, in-house leaks and blockages in the sewerage system," he said.

As the group's work got more attention, further meetings were held with the municipality. Maluti-A-Phofung offered the team a stipend but it was rejected.

"Six month ago, they said we must go register an entity so that we can get a tender with the municipality. We refused, because in our view that was the thing that was going to cause problems for us.

"Once money gets involved, fights will start among us."

Twala said they have made calls to the community of QwaQwa, asking the youth to join and work but it fell on deaf ears.

Since starting the initiative, the group has also faced criticism.

Twala said the group has spent about R4.5m in the past year. Over Easter last year, then cooperative governance and traditional affairs minister Zweli Mkhize gave them about R900,000 for some of the work they had done but the heroes took the money and used it to restore electricity in Wilgepark suburb.

The group is proceeding with its work and have no plans of stopping any time soon.