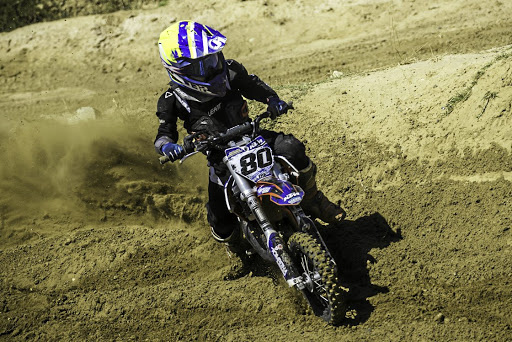 It's fast, it's intense and it's an adrenaline rush to watch it.

But for motocross enthusiast eight-year-old Kabelo Ledwaba Jnr, the love for the sport is also about continuing his family legacy.

His father, Kabelo Ledwaba Snr, dropped out of the sport as a young man because he did not have a sponsor, and wants his son to take over from where he left.

"You know it's very rare to find black people in motocross in this country because it gets quite expensive. You have to pay for training, travelling and maintenance of the bike," Ledwaba Snr said. "When I dropped out I told myself that when I have a son he might be able to take on the sport."

Kabelo, a grade 3 pupil from Curro Waterfall in Midrand, entered the sport six months ago but he is already taking part in the SA national motocross championship and the Northern interprovincial championship which took place on Saturday at the Dirt Bronco Raceway in Krugersdorp.

Kabelo said he watched the sport on YouTube, and asked his father if he could also get a bike.

His father bought him a second-hand bike. 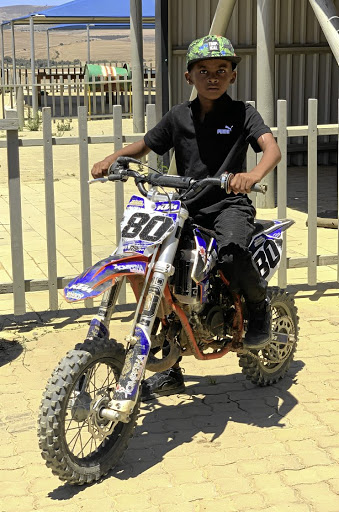 He said the sport has allowed him to spend a lot of quality time with his father.

"We get to spend time together and train together."

The young sportsman has to do well at school to be allowed to continue with the sport.

"I love maths because it makes me smarter," he said.

He said he is inspired by the likes of Eli Tomac who is a champion in the sport.

He has had to deal with disappointments of mechanical breakdowns that affected his race in Port Elizabeth.

His father is trying to find a sponsorship for his son to help him achieve his dream.

"We want to push for nationals in South Africa and have him racing in Europe in his early teens," he said.

Social entrepreneur Nhlanhla Ndlovu has fast become a star in the construction industry with his idea of replacing backyard shacks with decent ...
News
1 year ago
Next Article