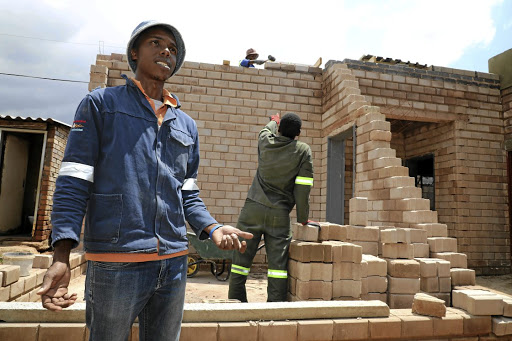 Social entrepreneur Nhlanhla Ndlovu has fast become a star in the construction industry with his idea of replacing backyard shacks with decent housing.

The 35-year-old founder of Hustlenomics recently won the SA leg of the Chivas Venture 2020 and will be representing the country in London and later Toronto in the international leg where $1m is up for grabs.

"I work mainly in houses that have been passed down from generation to generation. There is usually no space in the main house which is why many families end up constructing shacks in the backyard," he said.

Ndlovu, who grew up in a tiny house in Mofolo, Soweto - is just down the road from his own house, building a pilot backroom structure in his quest of creating decent housing for renters and extended family members.

"I grew up in a house with two bedrooms and one room would be for men and the other for women. In fact I would even sleep in the living room, so I grew up in that type of environment and I know what it is like," he said.

Kwa-Mashu-born architect Wandile Mthiyane has been chosen to be one of the 200 Obama Young Leaders for 2019 for his strides in producing affordable ...
News
2 years ago 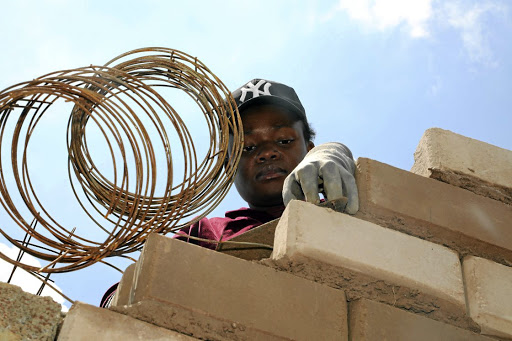 Phemelo Mahlare, 24, of Hustlenomics which replaces informal backyard shacks with durable structures, to generate a stable income for the homeowner
Image: Antonio Muchave

Ndlovu said after he dropped out of grade 12 he did odd jobs to try and extend his family house.

He eventually got a formal job with a payslip, hoping that he would be able to buy building material on credit. "What I was earning was too little so no one would give me credit.".

Ndlovu eventually took a bricklaying course to cut the costs of hiring people to build.

"I had a couple of friends who helped me and that is how we became a business. We had a lot of interest from people in the community that wanted us to build for them."

But although they had customers, many people in Soweto were too poor to afford to have their homes and backrooms renovated.

"I thought what if we build a decent backroom house on credit with maybe four rooms and put in people who can rent?"

Ndlovu said the idea was born in 2015 but it took five years to get enough funding to get started.

Ndlovu's team, mostly made up of women, create their own environmentally friendly bricks to build the homes.

"What is very important to us is to make sure we don't displace people. So we can't build something the previous tenants won't be able to afford."

Ndlovu said this means that in some structures they will have to rethink the size of the rooms to make sure the rent will be affordable.

Ndlovu also works with an architect for the structures and sends through the plans to the City of Johannesburg.

"All the structures before Hustlenomics were approved by the City of Johannesburg, including the current pilot."

He said in future they want to build one backroom structure a month until all shacks are gone from Soweto.

"I'm really excited about the Chivas competition because it could possibly open so many more opportunities for us."

Here is how it works:

The structure with four rooms and a shared bathroom is built by Ndlovu and his team on credit;

The homeowner owns 25% of the structure (one room) and Hustlenomics owns 75% (three rooms) for a period of 54 months. It gets its investment back through the rent;

Every 18 months, one room is returned to the homeowner until the 54 months are up.