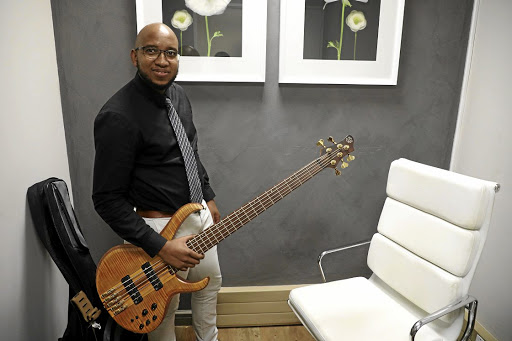 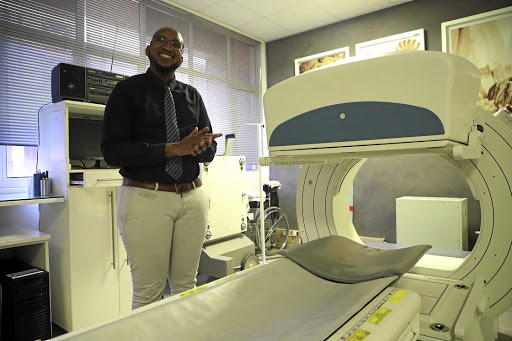 Dr Thabo Lengana is more than meets the eye. Although he is known for his crucial work in the tough nuclear medicine field, he is also known to play some riffs on his favourite instrument - the bass guitar.

His career could have gone either left or right but the Soweto-born doctor knew in grade eight that medicine and not jazz was the right path to study.

"I remember being a toddler and I was fascinated by a bass guitarist in church. I later joined a church band for a while but I was encouraged to choose medicine by my family," Lengana said.

The 37-year-old medic says he was moulded in his early years by his parents' friends who are doctors and his childhood general practitioner.

He was a smart child, landing bursaries to private schools such as Pridwin Preparatory School and King Edward.

"I was blessed to have access to people who could guide me. They played an important role because nobody would have ever thought that I would be in these spaces."

The deadly coronavirus outbreak in China could have spread from bats to humans through the illegal traffic of pangolins, the world's only scaly ...
News
1 year ago

We meet at his new job at the KVNR practice at Unitas Hospital in Centurion, Tshwane, to talk about his research in prostate cancer.

"Nuclear medicine is a specialty within medicine where we use radioactive substances to image or scan a patient, so we image functions and how things work," he said.

Lengana said the radioactive substance is consumed by the patient or injected into the patient to target the area that doctors want to see or scan.

Whereas in traditional scans doctors see the structure of the organ, in nuclear medicine doctors want to see how the organ physically works and if it is doing what it should be doing.

"We can even give some of this radioactive substance to babies who have reflux issues. Then we can study how the baby is ingesting the milk by using the scan," he says as we walk around his practice.

He said patients are given small dosages that do not harm them and give very little side effects.

Although nuclear medicine is used to detect and treat all sorts of illnesses from cancer to crohn's disease and pulmonary embolisms, Lengana is particularly concerned with prostate cancer which continues to be a leading cancer diagnosed in South African men.

Incredibly, Lengana's surname refers to a perennial herb known in English as African wormwood, which treats a multitude of illnesses.

In his PhD research which is supported by the University of Pretoria, Lengana is working with patients who may have recurring prostate cancer after going through traditional forms of treatment.

"We mostly deal with people who are at the end of the line with the goal mainly being to keep them stable. These are people who have been through chemo or radiation and even surgery," he said.

Lengana said treatment is patient specific, which means it will depend on the patient's needs.

"We have seen some good results," he said, adding that nuclear medicine was still a relatively new field and there were sceptics.

"Anything that's new will have a lot of push back. Even doctors don't understand what nuclear medicine is, so there is a lot of educating that has to be done."

Lengana, who had to study for 13 years to reach his level of expertise, had to sacrifice a lot to reach his dream, including his time for his music.

"I was still married at the time, so I was working and studying at the same time. So you're either studying or with your family." He recalls he nearly did not become a medical doctor because of many stumbling blocks.

"I was actually a dental student at Wits because there was no space for me in medicine.

"But someone declined their offer and I was able to get a place. It's been serendipity."

But despite financial woes during his undergraduate years, his hard work landed him a PhD fellowship funded by the Discovery Foundation Academic Fellowship Award.

"It has been consistently hard work but this has been a very exciting time for me."

The doctor, whose favourite musician is the great Victor Wooten, says he hopes to have more time for music when he is done with his PhD.

"I have four instruments now but I will definitely be gifting myself with another bass guitar when I am done with my PhD. I have loved this instrument from the beginning, it's the anchor in music."

His biggest dream is to influence more doctors to enter the nuclear medicine field.

"I just want to continue in nuclear medicine and contribute. I want to make sure that more people enter the field, to educate people and to complete my research."