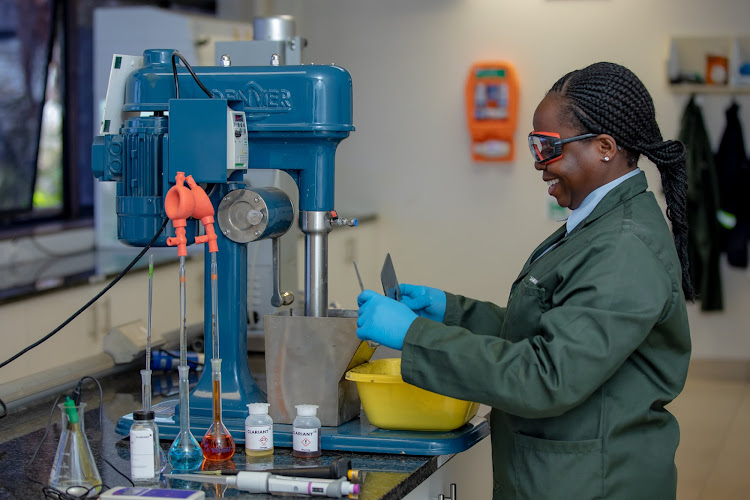 Linda Mahlangu is this year celebrating her 18th year anniversary in the metallurgical field as one of the few women in the male-dominated industry.

The 39-year-old who was born in Mofolo, Soweto, spoke to Sowetan about her career as a regional metallurgist and the importance of young women entering the field ahead of the UN International Day of Women and Girls in Science which falls today.

“The main thing a metallurgist does is to come up with ways to extract minerals from ore,” she said.

Mahlangu works at Clariant’s Mining Services with all sorts of minerals such as platinum, zinc and copper which are used in everyday goods such as vehicles, medical devices and electronic equipment.

She graduated with a chemical engineering degree from the University of Johannesburg back when it was still named Technikon Witwatersrand.

“When we graduated there was probably about 15% of us left compared to first year [numbers],” said Mahlangu.

She said this was particularly worse for young women because they had bigger challenges to deal with, unlike their male counterparts.

“As a woman in this industry you have to work extra hard and fight things like patriarchy because men put each other first,” she said.

She said the industry is rapidly changing because mines are closing down due to a depletion of minerals.

“Unlike our male counterparts, we are very patient because what you see now especially in some of the mines that are closing down is that there are still things to find if you pay attention,” she said.

However, despite the economic challenges of the industry she is passionate about her job.

“I love that no day is the same, one day I’m at a mine and another day I’m at the lab. I also get to travel a lot especially to countries such as Zambia, DR Congo and Namibia. Learning about other countries and cultures is always interesting.”.

Mahlangu said travelling has opened her eyes to challenges women face in other African countries.

“Women are perceived as homemakers and you have to prove yourself 1,000 times more than in South Africa,” she said.

However, she said there were more women coming into the industry all over the continent. She counts herself as privileged to have a husband who has a job that allows him to be with their children as she travels all over Africa for her work.

Mahlangu said she wants to upgrade her skills in future so she can take advantage of leadership opportunities that come up.

“I want to uplift other women and bring them into the industry.”

Her advice to aspiring metallurgists is to connect with people working in the industry. “While studying find a mentor. It is also important to make sure you study chemical engineering because you are passionate about the career and not just because you did maths and science at school.”