Margaret's House a beacon of hope to young boys in distress 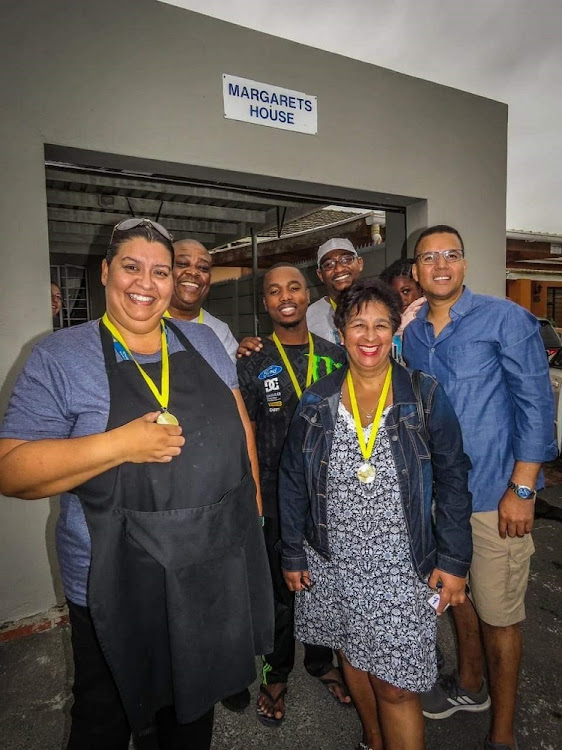 Many South Africans have come to expect mostly grim stories to come out of the Western Cape, particularly in the wake of University of Cape Town student Uyinene Mrwetyana's brutal murder.

Margaret's House, located in Lansdowne suburb, is however an example of those who work towards providing an antidote to, among others, constant reports about random gang-related shootings of children and addiction that plagues the city.

And while the country continues to have a conversation about the femicide and gender-based violence problem, the home, under the leadership of centre manager Melany Harris, provides a sanctuary for boys in distress.

Harris says the facility, established in 1987, looks after boys between the ages of five and 18, who have been referred by the Children's Court.   There are seven staff members who are assisted by volunteers from Germany and Sweden, who  change every three months.

"Most of the kids do not have parents, and some are dealing with behavioural problems. Some kids have been living on the streets, and some come from homes devastated by drug and alcohol addiction. While in the throes of addiction, the parents do not look after the child properly in most cases, and that is where we step in," said Harris.

According to Harris, the day-to-day needs of the boys are seen to, but even more emphasis is placed on the education and psychological wellbeing  of the traumatised children.

"We place them in a school because one of the things we see go first with broken homes is that children drop out of school.  We have social workers on staff, who work with the boys to equip them with life skills, and if we feel we are not equipped to deal with a child's problem for whatever reason, we send them for an external consultation. And since our goal is to reunite families, the parents simultaneously attend parental classes. When we are satisfied that the safety of the child is ensured, the children are reunited with their families. Once they have rejoined their families, an after-care programme that we have kicks into effect ," she said.

There have been plenty of success stories along the way and Harris speaks of two young boys, who initially had no one to take care of them after their mother died.

"This story is dear to me. The brothers, who were five and eight years old when they came to us, had no one. At first their mom was ill and she eventually passed away. There were no family members. We tracked down a grandfather that no one had known about, and they were placed permanently with him. The older boy is now 17 years old and he's doing wonderfully. This was a big one for us".

The home receives a stipend from the department of social development, and the rest comes from donations.

If you walk away from a crime scene, or keep silent when abuse is happening, you're siding with guilty party
Opinion
3 years ago

Scramble to feed and clothe victims of Wupperthal inferno

Holidaymakers in the remote Cederberg district of the Western Cape have rallied together to help victims of a devastating fire that destroyed much of ...
News
3 years ago

From a shack to three houses for R16m PowerBall winner

A 47-year-old mother of three has been catapulted from poverty to multi-millionaire with a massive lottery win.
News
4 years ago
Next Article