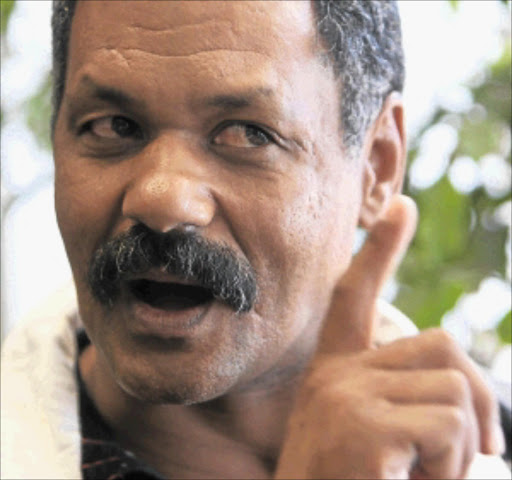 Former Springbok coach Peter de Villiers has asked if Johan “Rassie” Erasmus is really the Messiah he's been out to be.

Saru will announce the highly anticipated changes to their coaching staff at the end of the month. Erasmus came back from Irish provincial team Munster to take up the Director of Rugby position at the South African Rugby Union.

“I don't know if Rassie is the solution‚" said De Villiers.

"I think the solution is to go back to what Rian Oberholzer and Louis Luyt and those guys put in place.

"That was a percentage of all sponsorship money must go to development.

"There are white boys who are missing out on Springbok colours because they're not at a rugby school.

"All of us need development.”

De Villiers‚ who coached the Boks from 2008 until the end of the 2011 Rugby World Cup where they lost to Australia in the quarter-finals‚ has recently been appointed as Zimbabwe's national team coach on a two-year contract.

De Villiers said he didn't like the state of South African rugby but felt SARU need to get their house in order before they can help other African rugby union.

An example of this was how the Rugby Africa voted against them in last year's failed 2023 Rugby World Cup yet they have an office at SARU's premises in Plattekloof in Cape Town.

“My principle in life is to get your own house in order‚" De Villiers said.

"For SARU to go to any other country now‚ who will believe them?

"They need to spend more money and time in terms of getting their own house in order if they want to make an impact and make people believe that they can follow them.

"They are definitely better than the other countries but who wants to follow their lead?

“Even if they have the resources to help those African countries‚ would they believe in them or would they take what they can give and do their own thing.

"If New Zealand go to any country in the world‚ even if they're wrong‚ people will follow them because of their results and their house being in order.