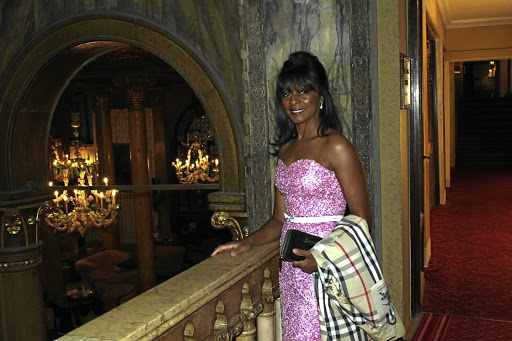 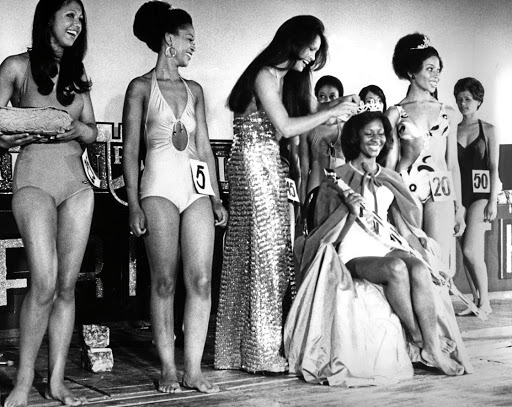 At 62, Evelyn Williams hasn't lost any of the panache and spunk that won her the Miss Africa South crown in 1974.

Williams went on to place in the top 15 of Miss World out of 58 contestants. Anneline Kriel, her countrywoman who competed with the sash Miss South Africa, was eventually declared Miss World after the original winner, Miss Wales, resigned within 24 hours.

The racist Miss SA organisers allowed only white women to compete among themselves and the blacks slugged it out in what they called Miss Africa South, and, in the end, two women were sent to represent South Africa.

"I was happy for her [Kriel], but it was a difficult time. It was quite stressful to be part of the show. Everyone wanted to know why two girls represented one country. The feeling was that it was unfair that one country had two chances of succeeding.

"We were fine in the competition but kept separate during photograph sessions, there was always another contestant put in between us. We were harassed by the paparazzi the minute we arrived in London [where the contest was staged] until we came back home."

Even thousands of kilometres away from home, Williams would still feel the wrath of apartheid when the country celebrated Kriel's victory. "There was an enormous event at the South African embassy and we were invited, but I didn't go because I got uninvited because I was non-white. But Anneline was kind enough to send me a beautiful telegraph ..."

Williams says her story should never be forgotten. A mother of one and granny to three, she now lives with her barrister (advocate) husband, Paul Sheridan, in Cheshire near Manchester in the UK, but her heart remains at home.

"I'm part of history. I was very sad to hear that at the recent 60th anniversary of the pageant I was not invited. It made me feel very sad, it's not nice.

"The new people should not exclude us and sweep us under the carpet. Pearl Jansen came second at Miss World, representing South Africa, for her not to even be mentioned is absolutely scandalous.

"In 1975 the Cape Press Club nominated me as one of the newsmakers of the year. I was known as one of the best-dressed women in Cape Town and I did a lot for charity, the people called me 'our beauty queen'. I was always down-to-earth and into people and showed up for charity, while others walked away. It's really awful that we are not recognised now.

"I feel the pageant organisers should apologise and explain why we were left out. We are a part of the beauty pageant history in South Africa. It was a struggle for us to do what we did then than how things are now, there is no pressure."

Williams says home will always be South Africa. She travels to Cape Town once or twice a year. She did modelling in SA before moving to the UK to get married and live some 41 years ago. She worked in beauty therapy and fashion consultancy before she retired.

"I'm 62 and I've looked after myself incredibly well."