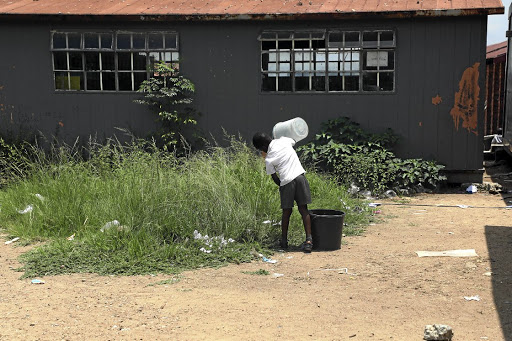 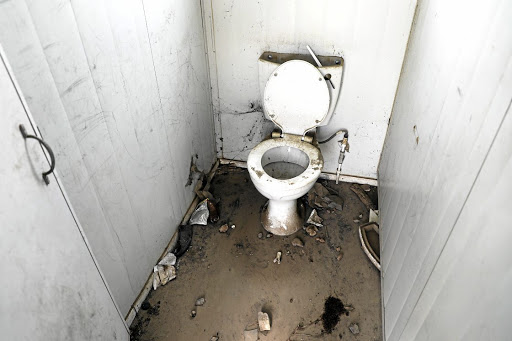 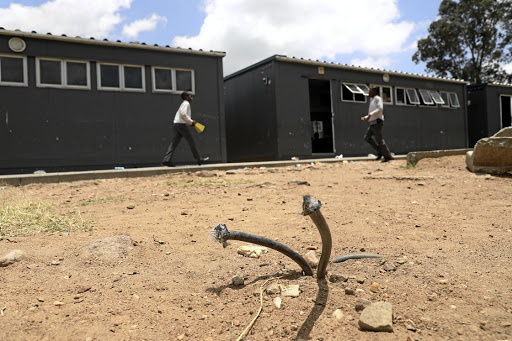 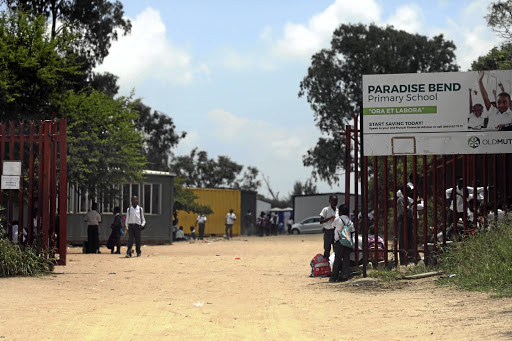 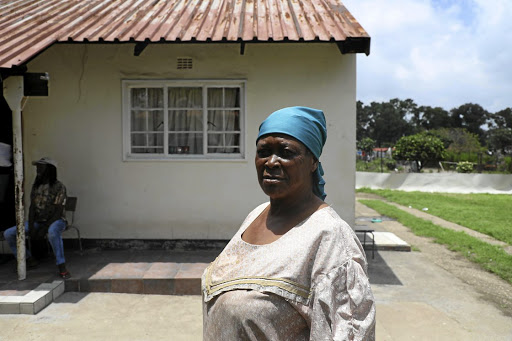 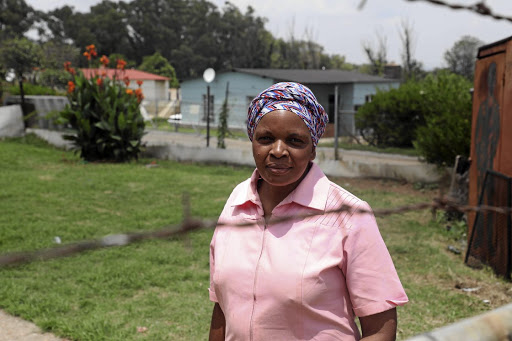 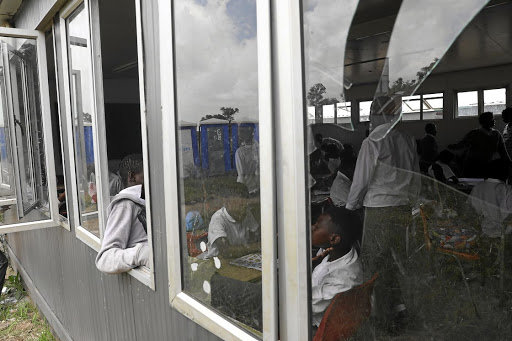 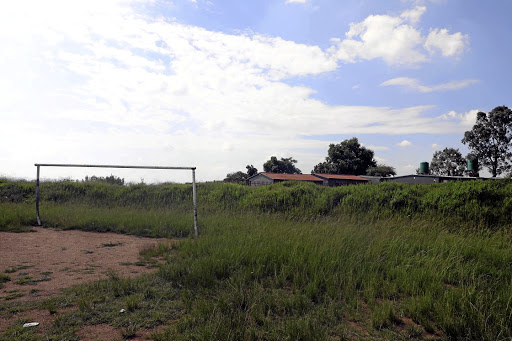 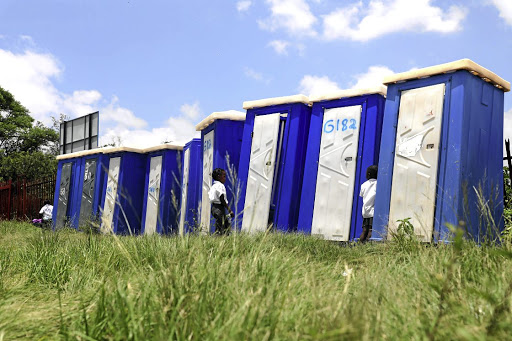 Fuming parents want Gauteng education MEC Panyaza Lesufi to come and see for himself a dilapidated and vandalised school he posted about on social media last week.

The MEC's post, which came days after Diepsloot in Johannesburg erupted into protests over undocumented foreign nationals, led many to think Lesufi was blaming the protesters for the destruction at the school.

Lesufi took to social media at the weekend and shared pictures of vandalised school classes accompanied by this message: "People of Diepsloot just know that we are not going to fix this! You break it then you fix it."

The MEC's message was liked by scores of his followers who slammed the working-class community for taking their anger and frustrations out on school property.

Among those who backed Lesufi was tourism minister Nkhensani Kubayi-Ngubane who wrote that she supported the MEC "100% on this one". She went on to say "money can't be taken to fix which was destroyed at the expense of new infrastructure and other communities (sic)".

However, a Sowetan visit to Paradise Bend Primary School on Sunday and yesterday revealed a different picture from the one painted by the two politicians.

It is becoming the norm to issue death certificates instead of matric certificates, said Gauteng education MEC Panyaza Lesufi on Tuesday at the ...
News
1 year ago

A number of pupils were observed relieving themselves in the veld because the school's toilets do not work, access to running water is limited, classrooms are falling apart and there are dangerous electrical wires illegally connecting the school's administration block to the power grid.

The school grass is as tall as some of the grade R children as it has not been cut because of money shortages and theft.

School governing body (SGB) member Susan Mafokwane said had the MEC visited Paradise, he would have seen that their problems were much bigger than the images he saw on social media.

"The school is a very old farm school that houses over 1,500 children from grades R to 7. It has about 45 pupils in each class from the 32 classes with very old infrastructure and furniture."

Paradise was initially built in the 1960s to accommodate children of farm workers. In recent years it has had to take in more pupils as Northern Farm, where it is situated, saw an explosion in population growth with the establishment of Diepsloot as a residential settlement.

Crime is rife in the area and the school in October fell victim to people who stole electricity cables and water pipes.

"We want the MEC to come see for himself how bad the Paradise Bend School is and stop estimating the extent of the damage from social media pictures. We did not vandalise the school, it was broken into because it has no security personnel," said community leader Elizabeth Mfihlo.

Gauteng education MEC Panyaza Lesufi says his department will not be helping the troubled Paradise Bend Primary School until it appoints a full-time principal.

The MEC said he was fully aware of the terrible conditions the school operated under, but the department cannot assist until the school leadership issue is resolved.

He said the principal was chased away by the school's leadership and community members a while ago.

"It is a very sad situation and it pains me because the children continue to suffer. But until there is a principal in that school, we will not stretch our hands," Lesufi said.

The MEC said the school governing body and the community accused the axed principal of abusing school funds and then chased him away.

"The principal was chased away several times after he tried returning to the school. You cannot fire someone you did not appoint," said Lesufi.

He added that the community deliberately keeps vandalising the school to sabotage the department and get "our reaction".

"You can't keep replacing and fixing things and they get vandalised; so the school needs an accounting officer, who is the principal, to manage the allocated funds."

'That monster lives amongst us': Lesufi calls on community to help find Leticia Jansen's killer

The grade 9 pupil at Graceland Education Centre in Germiston was stabbed, raped and burnt to death. Her body was found in the bush near Elsburg.
News
1 year ago

She said residents had tried to ask for the intervention of the local community policing forum without success.

"Our children have to play security and play near the school to be on the lookout for any trespassers or thieves... But at night we have no plan, the school is inside a bush and it is not safe," said Mfihlo.

Mafokwane said the school has been struggling with funds, hence making it hard to fix damaged infrastructure.

"We received help from parents who came to clean the school and clear the mess on January 13 to make sure the children resumed with normal schooling on the 15th."

Crime in the area, she said, has also disrupted the school's feeding scheme as criminals stole stoves and other equipment from the property.

"The high grass cannot be cut because even the maintenance equipment was stolen. The school uses jojo tanks which are refilled by the municipality, however the water pipes are missing and toilets cannot flush."

Mafokwane said the SGB has tried to make the effort to address the issues with the district office but the issues remain unsolved it.

"It pains us as parents to see children having to learn in such conditions because the school has been neglected and abandoned by the department."

A teacher who spoke to Sowetan anonymously said: "The children are forced to relieve themselves in the bushes behind the school or around the school yard because the toilets are in a bad state. I also do not use the toilets; when I need to do number two, I take my car and drive out to the nearby houses and ask to relieve myself."

Another teacher said they use water buckets to flush the toilets after use. "We use buckets to get water from the tanks and pour onto the pits after peeing to avoid bad odour in our toilets. The school smells of faeces from the bushes and it's hard to prevent that because children get pressed during school hours and have to attend a full day of school."