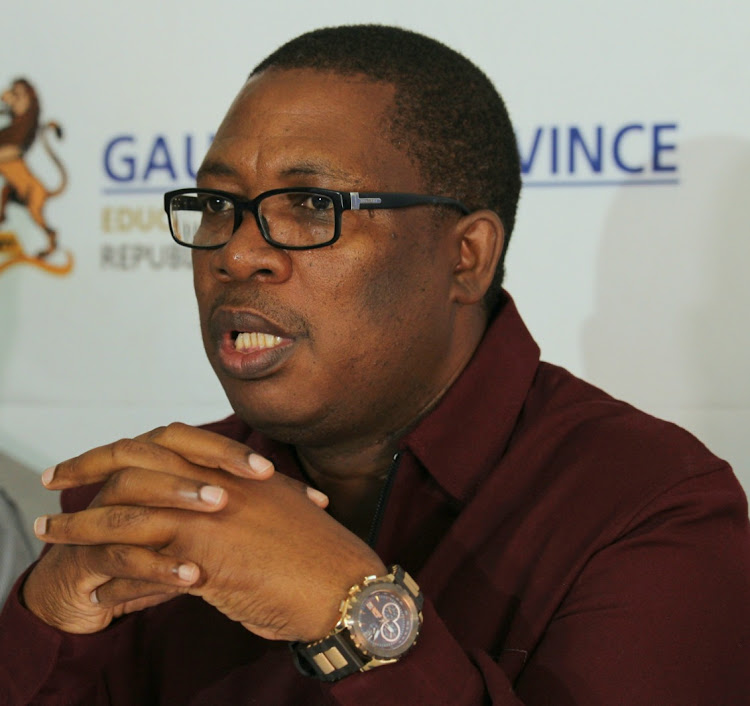 Gauteng education MEC Panyaza Lesufi has says the principal of Graceland Educational Centre has been ordered to report to the district office.
Image: TimesLIVE/Nico Gous

The principal of Graceland Education Centre, Patricia Peters has been precautionary removed from school following the death of 14 year old Leticia Jansen.

Gauteng education MEC Panyaza Lesufi who visited the school, based in the Ekurhuluni's Germiston, on Tuesday evening said Peters will start reporting at the district offices.

Lesufi blamed the school for negligence after Jansen was left by the scholar transport on Wednesday.

Her body was discovered on Friday by her two siblings who were using a family dog to look for her.

"She will report to the district offices until the investigation of circumstances surronding the death of Leticia Jansen is complete," Lesufi said.

Lesufi also announced the termination of the contract of the scholar transport service provider that was accused of leaving learners behind on Wednesday.

"The new scholar transport service provider has been appointed to transport learners to and from school effectively," Lesufi said.

The family of a 14-year-old girl who was found dead on Friday say police turned them away when they went to report her disappearance last week.
News
2 years ago

The past week has been overwhelming for the family of Leticia Jansen, 14, who was found murdered in Germiston on Friday after she went missing on ...
News
2 years ago
Next Article