'We have talented female boxers' 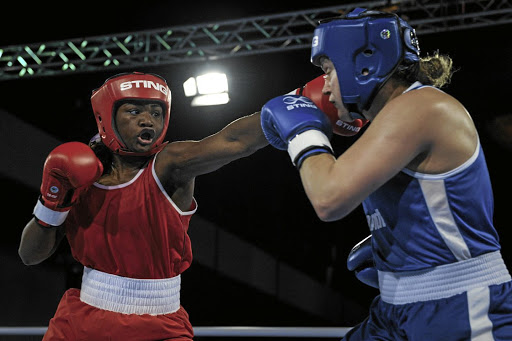 She is the unified WBA, WBC, IBF and WBO champion who also holds the Ring Magazine's inaugural middleweights belt.

After a brief resurgence around 2010, female boxing in SA is now against the ropes. There is a lack of action and the low number of fighters in weight divisions has left some champions idling without any defence.

Nkomo said: "That is a great accomplishment for Claressa. Obviously, we as the regulatory body would want our boxers to reach her level. We are very much aware of the challenges that currently face women in the sport of boxing, specifically lack of fights.

"We do believe, however, that we do have talent that can be nurtured to get close to that accomplishment if not better, but we must also consider that there is greater work that still needs to be done - one being the amendment of our boxing regulations - specifically the one about the three-fight rule in the same weight division to qualify for a challenge at the national championship."

America does not have the same rule that somehow stifles the progress of fighters. Shields has boxed professionally since 2016.

By accomplishing the feat in just her 10th professional fight, Shields beat the record established by male fighter Vasyl Lomachenko and matched by another male boxer Kosei Tanaka.