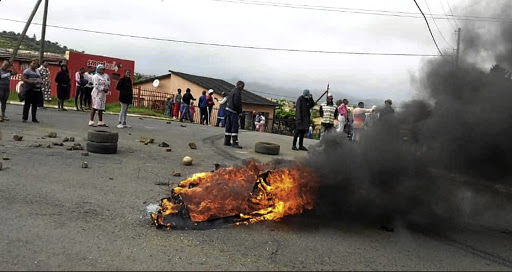 The Free State municipality that exploded into violence yesterday following the drowning of seven-year-old Mosa Mbele has been dysfunctional for at least four years.

So troubled was Maluti-A-Phofung municipality, which include Phuthaditjhaba and Harrismith, that the national government forced it to go under administration in 2018.

The town erupted into violent protests yesterday following the news of Mosa drowning while fetching water from a local river because taps had gone dry in the area. Shops were looted and the main roads leading to the area were barricaded. Schooling was halted.

But the town's problems go deeper than the water crisis.

When administrator Blake Mosley-Lefatola arrived in the area last August to try to help turn things around, he found a municipality in ruin. The Free State municipality was unable to even collect refuse. It owed Eskom R4bn for an unpaid electricity bill and also owed the Sedibeng Water Board, which supplies it with water, about R300m.

The municipality had also gone for four months without collecting revenue and billing its ratepayers. "The municipality was financially bankrupt. The mandate that we have is to implement a turnaround strategy which was developed by the deputy minister, the MEC and the municipality . as you know the municipality is in a bad state in terms of finances and service delivery," Mosley-Lefatola said.

He said what made service delivery problems more dire was the drought which left the Fika-Patso Dam, which supplies the municipality with 85% of its water, dry. 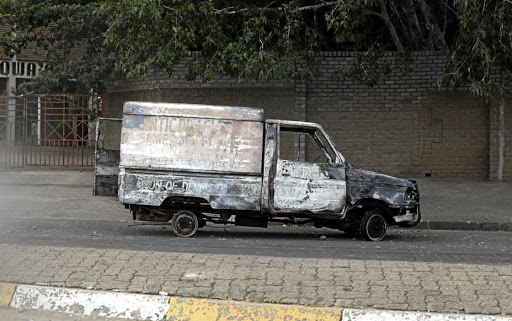 A vehicle was burnt following the drowning of Mosa Mbele.

"As an interim relief we have 27 to 30 trucks delivering water but still that's not enough as we need about 50 trucks," Mosley-Lefatola said.

He said there was a project under way which included drawing water from the Sterkfontein Dam, outside Harrismith, which would be completed in about seven months.

He said they had activated 60 boreholes and placed 320 tanks which are refilled every day across their 35 wards as another interim measure, but emphasised it was still not sufficient for the entire population.

Alison Oates, DA councillor at the municipality, said the ageing water infrastructure was now incapable of supplying all residents with water due to leaks. "We are in a crisis that can't be resolved in a few months," Oates said

Mphasi Mphara, part of local civic organisation MAP 16, formed by 16 councillors expelled by the ANC for voting with the opposition to oust mayor Vusi Tshabalala in 2018, said: "We needed the shutdown so that the municipality can feel that the community is saying 'enough is enough'."

Mosa Mbele's shoe fell into the river. She jumped in, trying to retrieve it. But she could not swim and the current was strong. She drowned, causing ...
News
1 year ago
Next Article