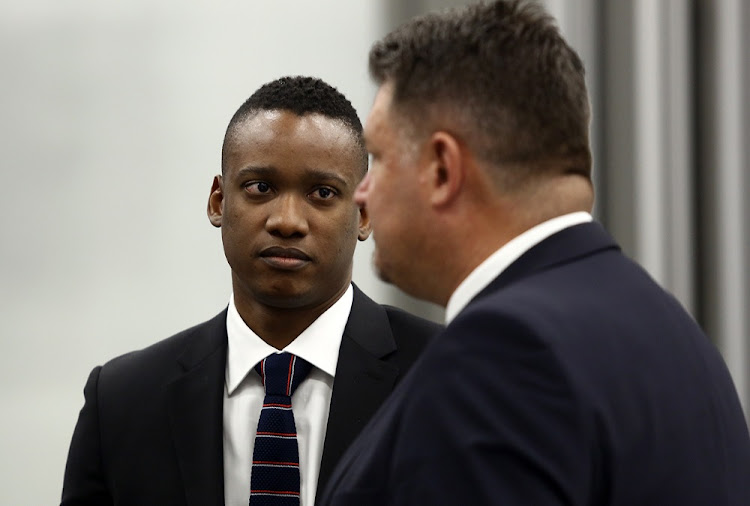 Social media users  have expressed shock that a case of culpable homicide has been dropped against former president Jacob Zuma's son, Duduzane, after the state told the court that the victim suffered from a "pre-existing condition".

Zuma appeared in the Randburg Magistrate's Court on Tuesday in connection with the 2014 deaths of Phumzile Dube and Jeanette Mashaba.

The women died after Zuma's Porsche collided with a minibus taxi on the M1 highway near the Grayston Drive offramp.

The court heard that Zuma will not have to answer for the death of Mashaba, who died in hospital a few weeks after the crash. This aftera pathologist ruled that Mashaba’s death was as a result of natural causes.

State prosecutor Yusuf Baba told the court that Mashaba suffered from a pre-existing condition, which the state was initially unaware of, and that this had led to her death. The condition was not linked to the car crash.

Zuma has pleaded not guilty.

Social media was filled with reaction to the decision, with many questioning why it was made.

Please help me understand the 'preexisting condition' thing, angiyizwa kahle. So if the person wasn't knocked by a vehicle that day would that person be dead or alive today? And would that count if the person is punched, shot or stabbed?
Legal tweeps help

Fellow South Africans, this is bad. So if you have a pre-existing condition you could be killed nje and no one would be held accountable. #DuduzaneZuma pic.twitter.com/BhsDjZDF83

#DuduzaneZuma Even with "pre-existing condition" the traveling had no harm on the victim.Its the accident that caused harm.I've lost faith in @NPA_Prosecutes and thr handling of high profile cases

#DuduzaneZuma
.
.
Pipo leaving with conditions are no longer safe? somebody can kill you now and technically because you're living with the condition it's a condition that killed you
.
It's lame pic.twitter.com/HjXZTcycw1

I see a lot of people don't get why one of the count was dropped. The woman died weeks after the accident not because of the accident but because of her pre-existing condition. #DuduzaneZuma

Law society please help us understand the word "pre-existing conditions" because as a person who constantly catches flu am worried #DuduzaneZuma pic.twitter.com/XW0z7DOGzV

Fact is Duduzane is the reason why she was in hospital, had the accident not happened that lady would probably still be alive. So they can't just say because she had a pre-existing condition,that's what killed her. And don't tell me about causal link.#DuduzaneZuma https://t.co/H2KvbxAw9K

So a pre-existing condition is enough to get him off. I'm sorta getting the #momentum dejavu again. #DuduzaneZuma pic.twitter.com/4RQEtHuTfP