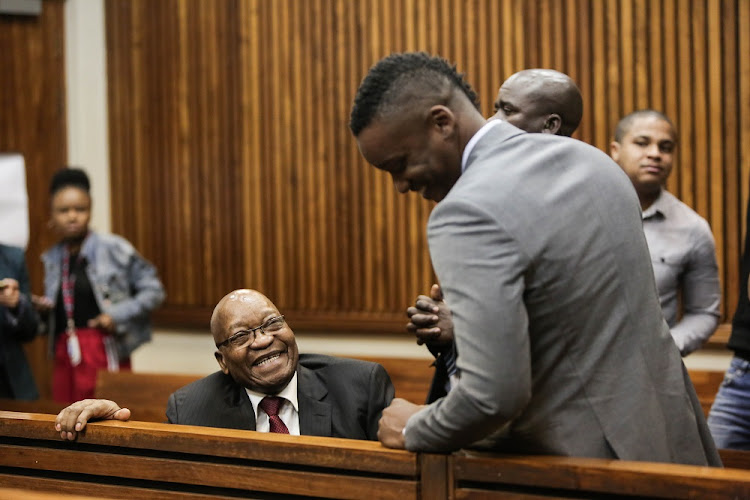 Former President Jacob Zuma’s son‚ Duduzane‚ says he will testify at the state-capture inquiry if he is required to do so.

“If I need to‚ then I will‚” he told this publication at his second appearance on two charges of culpable homicide.

His father‚ who is currently deciding how he will respond to multiple claims that he allowed the Gupta family to choose certain of his cabinet ministers‚ was also in court for Duduzane’s appearance.

The case‚ which relates to the deaths of two women following a February 2014 collision between Duduzane’s Porsche and a minibus taxi‚ was postponed until October 26. This is to finalise all outstanding pre-trial issues so a date for the trial can be set.

Jonas has stated that Duduzane arranged an October 2015 meeting‚ during which Ajay Gupta allegedly attempted to bribe Jonas into taking the Finance Minister position and serving the Gupta family’s business interests. Duduzane has previously denied that these claims are true.

He has been charged with corruption in relation to Jonas’s evidence‚ which was documented in former Public Protector Thuli Madonsela’s “State of Capture” report.

Both Duduzane and former President Zuma have yet to give sworn evidence in response to the “state-capture” claims against them.

In court this morning‚ both appeared relaxed and cheerful.

“I think this is the first time he (former President Zuma) has come to court to support someone‚” Duduzane said‚ while sitting among journalists in the press bench. “Normally when he’s in court‚ he’s in the dock.”

When this publication pointed out to former President Zuma that his son was sitting in the bench reserved for reporters – “so it looks like your son has a new job” – he laughed and shook his head.

Zuma‚ like his son‚ is also facing corruption charges in connection with the multibillion rand arms deal.

He is due back in court in November.

“Ajay Gupta demanded me to put money in their companies‚” Maseko said.
News
3 years ago
Next Article