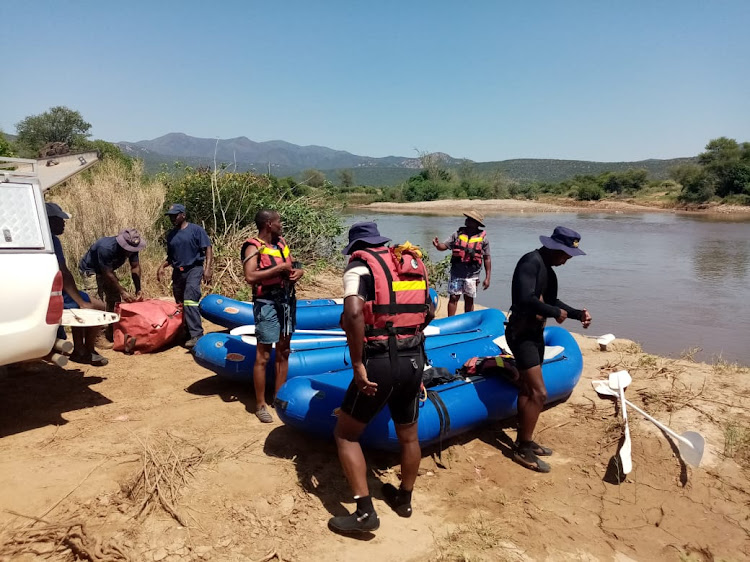 DNA tests will be done to establish the identity of the body.
Image: Supplied

The remains of an unidentified person have been recovered after being spotted by a man fishing along the Olifants River in Limpopo on Sunday.

The remains will be sent for DNA tests to determine the identity of the person.

The find comes a week after a 12-year-old child was allegedly swept away in the river at Machakaneng in the Apel area. He reportedly went there with friends to fetch water and decided to swim.

Police investigate after two bodies found next to roadside in Uitenhage

Eastern Cape police are investigating a double murder case after the bodies of two unidentified men with gunshot wounds were found lying on the ...
News
2 years ago

“A man who was fishing about 25km from where the 12-year-old was swept down the river, noticed something floating in the river ... After realising these were human remains, he then raised the alarm,” said Limpopo police spokesperson Brig Motlafela Mojapelo.

The police at Malipsdrift were informed and search and rescue divers, who were conducting searches along the banks of the river since the reported drowning, were summoned to the area, said Mojapelo.